Home Rangers Is Derek McInnes ready to give us our Rangers back? 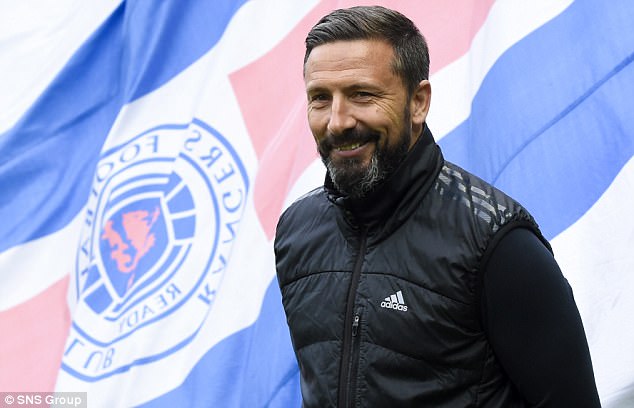 We got a bit of stick earlier over this thorny ‘compensation’ issue. The case was made that if McInnes resigns, Rangers will have to pay compensation to Aberdeen regardless – we were accused of naivety. Thing is, we (nor the rest of you) do not know the terms of McInnes’ current deal. His resignation does not categorically mean a breach of contract, nor does it mean the opposite.

We are pretty sure our bald-headed chum from earlier this year resigned, despite claiming he had not – did we receive compensation from Nottingham Forest when he hooked up there a month later? That was a rhetorical question, incidentally.

However, regardless of all this, it now does seem inevitable that by whatever method, whether the board played this well or badly, Derek McInnes will be appointed Rangers manager before the end of the week.

So now we must look to the future, and what we envisage under our new manager.

Can we expect the kind of grandiose improvement we got in 2007 under Walter? Will McInnes struggle? Will he keep us on our current modest improvement path?

The truth is we do not know. We do not know how good a manager Derek McInnes will be for us. We know his faults and we know some of his strengths, but as Rangers fans, we have not really laid a microscope over the fortunes of Aberdeen in recent years – we know they have generally been the second best team in Scotland with a fraction of Celtic’s budget, and we know McInnes won them their first League Cup for roughly 20 years. He also got St Johnstone promoted in 2008.

So we know vaguely what McInnes will bring to the table – but the only way we can know if he is the right stuff for us is by what he delivers at Ibrox.

Unlike Caixinha, who was a comical and ill-advised appointment from before the word go, McInnes does not terrify us. We do not fear him becoming manager – but we do wonder if he can handle the magnificent pressure of being Rangers boss.

He knows the pressure at Ibrox from his playing days, but in the 90s and 00s we were good. Very good. He was a winner with us, and knows how bad losing was. This is a different time, and he will now be the manager. How will he tolerate the incredible scrutiny he will be under and the staggering pressure to win when his head is the one on the chopping block.

We just do not know.

We have higher hopes this man can handle it than we did Warburton or Caixinha – he knows the league, the club, and the pressure. He will not underestimate it. But guesstimating is a different animal to experience, and only once Derek McInnes has been Rangers manager for a spell will we have any idea if he is the right man.

The board took an age over this, and have now settled on their target. They will get him. The question is if they were right.