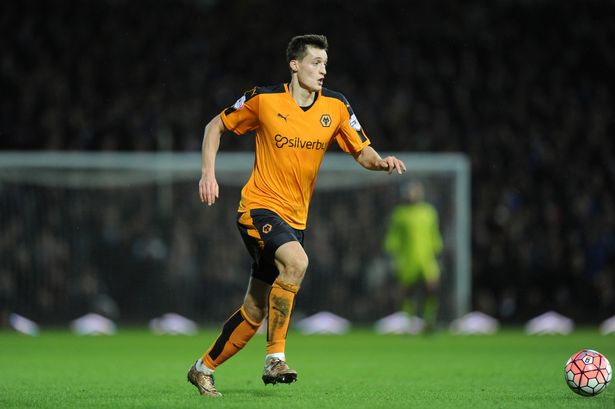 With January’s window now close upon it, Ibrox Noise decided to take you all through an intrepid voyage of the mooted changes next month that we know about so far. Much alteration is afoot, and here are the ins and outs:

Michael O’Halloran and Joe Dodoo are near certainties to come back. Rangers are diabolical up front and need quality. Whether these two can be hits second time around is less certain. Andy Halliday is also also mooted for a return if DoF Mark Allen can persuade Gabala to give him back – the deal in Azerbaijan is for a year and the continental club do not want to let him go early.

Josh Windass is subject to a bidding war from Wigan and Preston for £XXXK. Rangers have rejected these but we can be sure they will both be back. He is certain to go if a decent bid or sweetener can be added to the pot.

James Tavernier is also interesting English sides, notably Sunderland. The on-form RB has been one of Rangers’ better performers this season and the Ibrox side would not want to lose him for less than several million. We do NOT want another Barrie McKay debacle.

Carlos Pena has admitted he is sizing up a departure, and a return to Mexico is highly likely. If Rangers can recoup a chunk of the cash wasted on him, he will be off. Probably back to Pedro, funnily enough.

Eduardo Herrera is expendable – just not a suitable player for the SPL, no offers yet received but the other Mexican is not in favour at Ibrox and has never played especially well either.

Fabio Cardoso is interesting Portuguese cracks Estoril, and we will see if they come up with a big enough bid to persuade Rangers to let go.

Alfredo Morelos is a big target for Aston Villa – the patchy striker is an ox up front but struggles for consistency. But he has mostly been a success since joining and Steve Bruce would have to go deep into his wallet to seize the striker Rangers splashed a million on.

Aaron Nemane has barely been mentioned – the Man City kid has been a flop. Pure and simple. Is not doing the business at Ibrox and will surely be on the first train back to the Etihad in January.

Dalcio Gomes simply disappeared from the first team – barely a feature under Pedro, Murty has not made use of him for a match day squad never mind playing time. If he remains at Ibrox come February it will be astonishing.

Bruno Alves is also being speculated as a departure – the big man threatened to leave if he did not get first team football, and despite improved performances the past month, Rangers might want to get him off the wage bill in favour of more cost-effective solutions like the recently extended Ross McCrorie or even the improving David Bates.

Ryan Hardie has also been mentioned in lieu with a switch to Loftus Road to play for QPR. We will see if that one is serious.

Rangers have been linked with a tonne of players;

Jamie Walker and Jamie Murphy remain on the radar, both wingers who could add the quality on the left Rangers sorely lack. Meanwhile Steven Naismith has again issued a come and get me plea. In his case he could offer plenty at minimal cost. Kenny McLean is now a mystery but he has not reversed his contract decision.

Jason Cummings allegedly fell out with Warburton at Forest and has been mooted for the switch back to Scotland, but nothing concrete has yet surfaced, while Rangers’ scouting department has sounded out West Brom’s Tyler Roberts – the 18 year old Welsh youth international is being posited as a loan. If he impresses, he stays. If he Aaron Nemanes the place up, he will be gone.

As far as defenders go, Dundee’s Jack Hendry is interesting Mark Allen and Graeme Murty, while Jordan Jones remains on a knife edge with Burnley said to have joined the queue.

Last but not least (for now) is Wolves’ out of favour Michal Zyro who has been mentioned as being in Rangers’ thoughts at present.

That is about the lot for now, feel free to add in any we forgot to the comments folks.