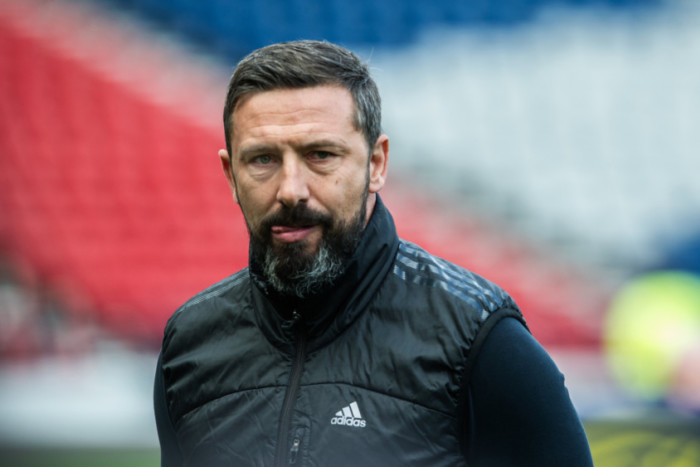 With Rangers’ managerial saga still ongoing, certain outlets claim the board will make its first formal approach to any individual next week, with an attempt to prise Aberdeen’s Derek McInnes away from Pittodrie reportedly on the table.

Whether this holds much water remains to be seen, but the ex-Rangers midfielder has been the favourite from the word go, and while Alex McLeish leapfrogged him in the past week or so, the former St Johnstone manager is back to odds on again.

However, there is a slightly more concerning issue should McInnes take over.

It is a given that Aberdeen’s Kenny McLean will be coming to Ibrox next summer – the midfielder is 99% certain to sign a pre-contract in January, regardless of who Rangers’ manager turns out to be.

But there are another two SPL stars who have been long-linked with a switch to Govan, and if McInnes is appointed manager, will they still be targets?

Motherwell’s Louis Moult and Hearts’ Jamie Walker have been sterling this season for their respective sides, and were extended targets for previous manager Pedro Caixinha.

Few fans were against the idea of these two joining, even if certain doubts persist about Jamie Walker, and the squad depth they would bring was certainly welcome.

Furthermore, with Kenny Miller’s star fading dramatically as his age finally catches up on him, Louis Moult is seen by many as his natural successor.

But would McInnes want him? Or indeed Walker.

Rangers fans certainly do not want to see many more Aberdeen players than McLean join Ibrox, and even he is not exactly a universal favourite – his performance at Ibrox on Wednesday was not exactly stellar stuff (everyone is allowed an off day).

And the one thing managers frequently do is raid their ex teams for players – Rangers already have Ryan Jack, and the general consensus is McLean would be about enough.

But will Rangers’ interest in Walker and Moult reduce?

They would certainly help the rebuilding process and squad quality, and no matter who Rangers appoint new manager, these two would be assets rather than anything else.

But if it is McInnes, we have to hope he agrees.