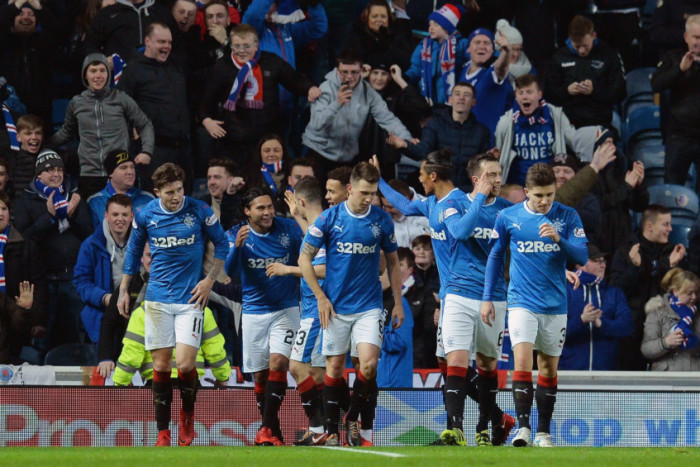 Wednesday’s win will give the Rangers players a major boost after a couple of embarrassing results and if we beat Aberdeen this Sunday, we will go second in the league. I want us to line up for this away game with a change of strategy. Jose Mourinho would choose a side that would be very difficult to beat, so that he could achieve a draw at least, but would expect to win all three points by hitting his opponents hard on the break.

Murty could give McInnes a double whammy by making another change to his team to bamboozle this average Aberdeen team and teach them another lesson – don’t underestimate the mighty Glasgow Rangers.

You never know what kind of performance you are going to get from this current pool of players as they move swiftly between playing poor football at Dens to a brilliant display in only four days. Using the confidence gained at Ibrox earlier this week, let’s give them another headache to try and work out in this hugely important six pointer game.

I am suggesting playing the young, tall David Bates alongside 19-year-old-rookie centre half Ross McCrorie as our two holding midfield players up at Pittodrie. This would give our team extra height to defend free kicks and corners and also help us to control the very important midfield department where most games are won or lost.

If we have a complete stranglehold of the midfield area, Aberdeen don’t have the quality of players to open us up and that is why they cannot beat Celtic when they meet. We have Tavernier and John pouring forward at every opportunity to help Jack, Holt, Miller, Pena (?) and Morelos (if fit) score the goals.

If the defence are again in control with Alves and Wilson playing well and giving nothing away in central defence and Bates and McCrorie bottling up the midfield and allowing both John and Tavernier to drive forward effectively to cause trouble for Aberdeen down the wings, it should be good football to watch again this Sunday at Pittodrie.

If any of the starting players are having an off day, we still have Alnwick, Pena, Windass, Candeias, Kranjcar, Cardoso and Herrera to bring on.