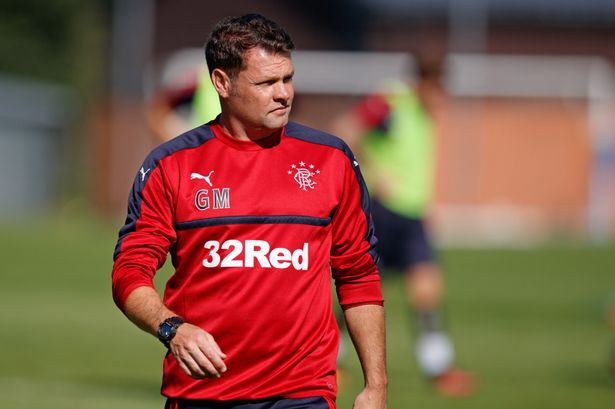 Graeme Murty has today made a startling revelation, one which may hint more than a touch at Rangers’ current impressive form and results.

Speaking to the official site, Murty admitted he has been regularly discussing Rangers and management with the Grand Master of them all, Walter Smith, which more than a touch appeared in full throttle during Rangers ‘classic’ Walter style Easter Road three pointer.

If we read between the lines of what Murty has said, it seems to us he and Walter are together coaching Rangers right now, with Murty doing the ground and leg work, in concert with Walter’s sage counsel.

It certainly explains why Rangers have managed six wins from eight since Murty took charge, with more impressive form than we have managed for a year.

Indeed, on the past eight matches in isolation, Rangers are only two points behind Celtic, with Rangers’ two losses against Hamilton and Dundee bettered only by the Parkhead side being held twice, and Rangers are not only second in the table on merit, but second on pure form too.

It goes to show the sheer mastery and wisdom of Walter, where previously such displays would result in patchy form, to see six wins of eight restoring a bit of the classic Rangers grit and will to win.

Murty is evidently open to learning from Rangers’ 9IAR hero, and has humbly admitted he would be a fool not to listen to the best advice a football manager could get in the game today.

The only comparable advice is of course that of another Bluenose in the form of Sir Alex.

But it is fantastic to know that the legend that is Walter very much still influences the football side of Rangers, and as far as we are concerned, Walter with Murty is a combination which evidently is working rather well right now.