Home Rangers Did Rangers just get Derek McInnes for free? 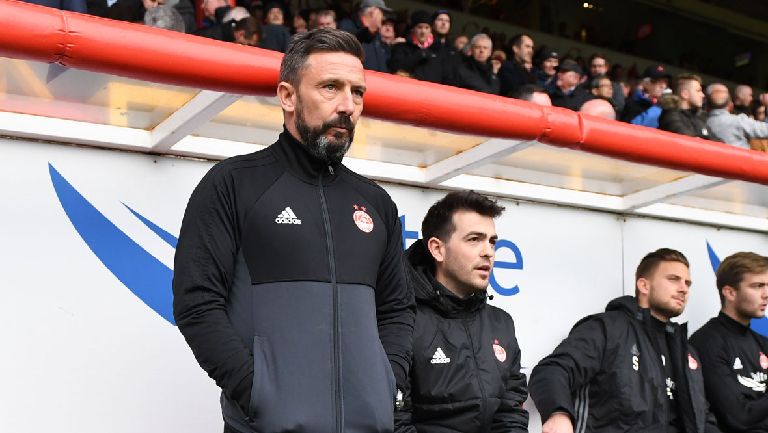 After another 12 hours of twists and turns in the Derek McInnes saga, it has emerged today that he is on the verge of resigning as Aberdeen manager.

It is the absolute confirmation that the next Rangers manager will indeed be Derek McInnes, and the man himself wants the job – he did not take Aberdeen’s training session today so that pretty much corroborates it. Also assuming, of course, the various sources claiming he intends to resign are indeed correct.

But after we slaughtered the board last night, we may have to eat a little humble pie should the next conjecture be true:

Is it possible this board has played an absolute blinder by getting their first choice for free?

McInnes was the number one target from the get go, but naturally the compensation issue of £800,000 was not ideal. Rangers would have likely been willing to pay it, but a combination of paying it purely to speak to the man and Aberdeen’s rejection in the first place of the request to suggests the Blue Pound here might not have been enough.

Ergo, by making an official approach, and having it rebuffed, McInnes is now 100% clear to make the switch to Ibrox knowing he is absolutely the top priority target – hence he can now resign from Pittodrie instead and give Rangers what we want without club coffers being touched.

The one who loses out, of course, is McInnes, to an extent. He will not get severance from Aberdeen – they would have to fire him for that, and resignation forgoes a pay off. And if this is indeed playing out this way, you have to afford the man respect in the way Paul Le Guen earned a lot back in the day for waiving his pay off too.

If Derek McInnes is willing to resign and give up hundreds of thousands of pounds to become Rangers manager, it shows his dedication, commitment, and heart.

Of course he will be handsomely remunerated at Ibrox for his endeavours, so do not worry folks, he can still put food on the table, but we always have huge respect for anyone who sacrifices a pay day for their club.

Those who do the opposite attract derision.

But if all this is indeed on the money, you would have to say the board has played this terrifically – and we happily retract our criticism from last night and forward our apologies. This is not to say McInnes is absolutely our first choice, but all our first choices were in work so regardless, the board would have had to do this for any of those we preferred.

But nevertheless, if Rangers get Derek McInnes for free, the board played it well.