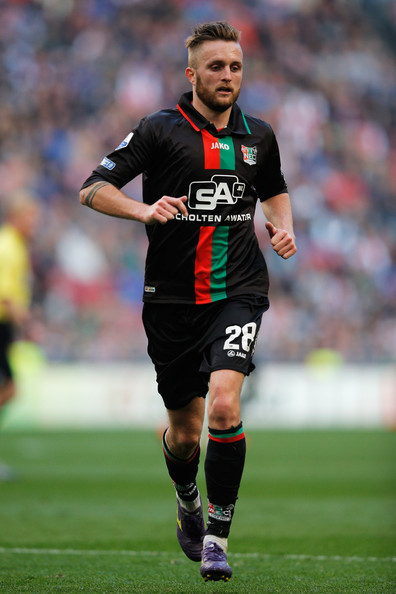 With Rangers’ midfield options currently causing significant worries, considering just how many players are either suspended, injured, or plain unfancied, Rangers’ hierarchy should be looking ahead of the January window to bring some supplementary quality in, and one such available player who was made a free agent only last week is Austrian international Jakob Jantscher.

The ex-Sturm Graz star is known as a left midfielder but being ambidextrous is just as capable anywhere in the middle, and if Rangers could use some genuine quality at an international level, this guy could be a very quick and convenient signing to bring in.

Known generally as a more attacking midfielder than defensive, his creativity would be welcome for a midfield which has had problems creating and settling on someone to do so, with Carlos Pena, Niko Kranjcar, Josh Windass and Kenny Miller all struggling to affirm themselves as the solution to that issue.

Formerly plying his trade in Russia with Dynamo Moscow, the 28 year old 6 footer has had a fine career and is still in the peak of his playing years, with experience not only of Austria and Russia, but the Dutch Eredivisie too not to mention Turkey.

His contractual market value is around £1.5M at present but as a free agent would naturally come for free.

His departure from Turkish side Rizaspor was a tad ignominious though, with mutual consent agreed from by both parties following accusations he was not being paid.

Generally best known for his assists (5 in 26 in Holland) he can also find the back of the net too even if scoring is not his strongest suit.

What Jantscher appears to be is a reliable, strong and composed midfielder with over 20 caps for Austria under his belt, and Rangers are really in need of some good quality now rather than waiting three weeks.