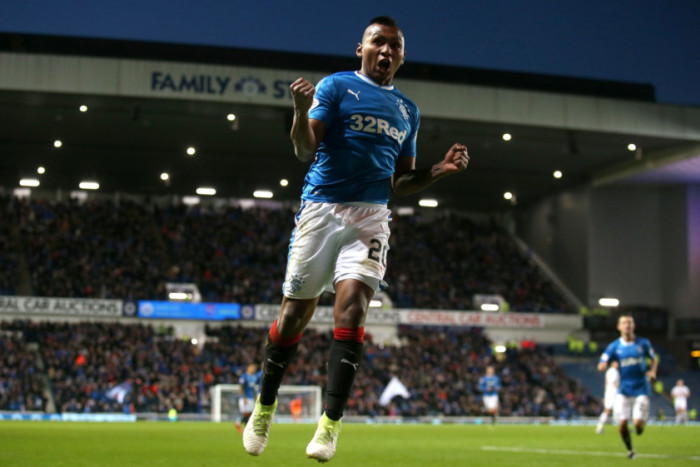 Well after the chaos of the past few days, it was back to football today, and we did it! Ridiculous to contemplate it, but today was Rangers’ first 3IAR since December last year, an ignominious record of a year without registering three league wins in a row. While Ross County were hardly Real Madrid, Rangers’ hard-fought win over them finally ends that dreadful drought, but looking back on the match, here are a bunch of things we can take away from this encounter:

1: Kenny Miller is 100% finished. Look guys, you can spin this nonsense about ‘puts in a world of work’ if you want, but even that increasing myth is wearing thin. The guy is past it, and has been in atrocious form since the summer, and I barely think I counted a single moment of harrying or tackling from him in midfield, which is usually the line his supporters peddle. He has been a great servant for us, but it is time for him to retire and contribute to the club in another way.

2: Alfredo Morelos needed that break. Enforced break though it was, his cameo appearance today helped win the match, such was his strength up front and ability to stretch defences – he looked refreshed and ready to get going. He critically ended his horrendous dry spell too, and we would love to see him roaring back up the scoring charts again.

3: We saw the best and worst of Danny Wilson today. His loss of concentration for Ross County’s goal was superseded by his second goal in two matches, and an otherwise solid display at the back. We know the lad can lose the noodle a bit, today that happened. We cannot help but wonder if that concussion was completely gone.

4: Bruno Alves is immune from criticism. We have barely seen a word of it for his appalling defending where he let Curran get goal side and slam home a barely-challenged header. For us, Alves does not work hard enough and still thinks he is better than all this. Sure, he probably is, but he has not shown enough of that to justify it. Add to that his threats that if he does not play he will leave, and frankly we have had about enough of him. Nice guy, yes, but we are not convinced by his attitude.

5: Graeme Murty was weak in dropping David Bates, the MOTM last week, for Alves. There was no justification. Bates can feel very aggrieved.

6: My colleague Richard’s moaning about Jason Holt has been incessant, and today he was justified – the wee terrier ran his heart out but his tackling and passing was scandalously bad. We do love his attitude, but that quality needs to spike.

7: James Tavernier and Daniel Candeias have formed an excellent duo on the right. It seems Candeias gets the best out of Tav, and has taken his game to a new level. Both do the same thing, more or less, and even Tav’s defending has improved. It is good to have quality crosses from the right from both of them. It is a nice combination which is working for us.

8: It was the old Josh Windass today – trying too hard, failing, trying again, failing, then angering Morelos by completely ignoring him in the box when a slide rule pass rather than an ambitious shot would have been more sensible. When this kid calms down and plays for the team, he is a fine asset. But today it was all about him. And we do not like that aspect.

9: Jamie Barjonas has earned a starting berth. He has been flirting with the first team for a year now, and with no Ryan Jack for the next two, the guy deserves to start. His composure on the ball and maturity is every inch as good as anyone else, maybe better.

10: Rangers have not missed Graham Dorrans. Sad to say, but just that one decent display v St Johnstone is all the ex-Scotland international has to show for his time at Ibrox – Rangers have done better in his absence than they have with him. We know the guy has a game in him, but like Alves, he has barely shown it.

Any of your own?