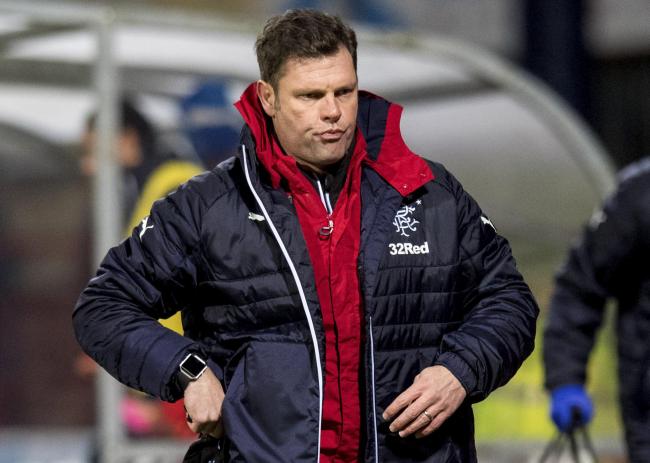 There was little doubt Graeme Murty was not the man for the Rangers job. We have time and respect for the man, and he has done the best he can, but he is clearly not the right guy.

However, we felt anguish when we saw his post-Dundee interview, as it was evident Graeme Murty was both close to tears, and a broken man.

No one should have to tolerate the grief he currently is, and we think it is high time he was put back to the youths where he is in his comfort zone.

In short, Murty has been lumped with this role, and is not happy in it. He had implied he might actually want the job permanently, but following the debacle at Dens Park, that is surely off the table now.

We do not like seeing Rangers men broken, upset, or grief-laden. It was not nice to see, and clearly not good for the man’s mental health – he does not deserve it.

Sure, he has made mistakes, and I am sure he would be the first to admit a few of them, but he is only human and he is not a big club manager, and seeing his desperate interview where only pursed lips stopped him breaking down completely absolutely hurt us.

The sooner this guy has the pressure off him the better. He has generally carried the role well, as well as someone like him can, but the pressure told after Hamilton then completely cracked after Dundee.

We hope this board can find a big personality and a strong man for the job and soon – Murty has repeatedly said he does what his employers ask, and we thank him for that – he has taken on a role too big for him but done his level best, and now we need someone capable of dealing with that grief.

Management is not for everyone, and only a few have ever truly coped with being Rangers manager. It takes a special person to successfully manage the Famous. No slight on Murty but he is not of that ilk.

And the sooner our suits get someone who is, the better.