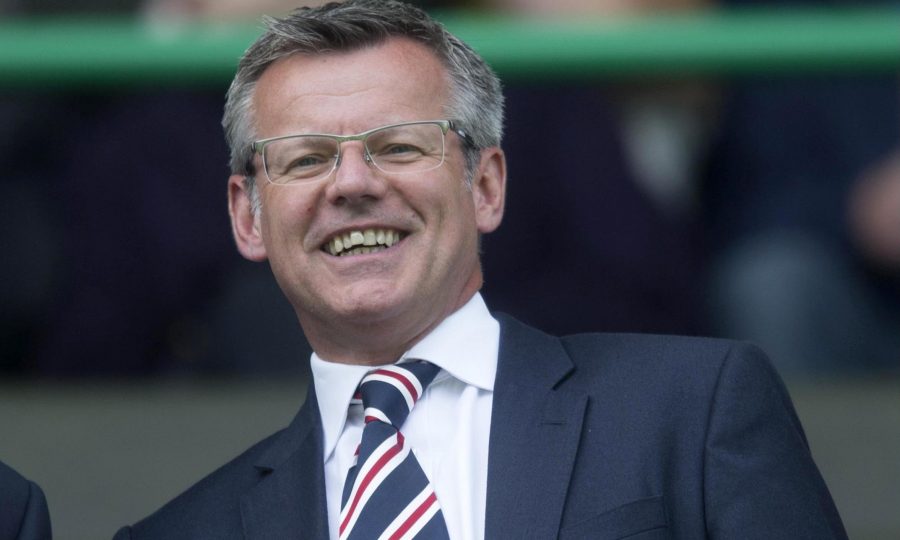 Since the days of Martin Bain (remember him) Rangers have not actually had a functioning CEO.

Many seem to believe Managing Director Stewart Robertson is Rangers’ CEO these days, but not only is he not actually on Rangers’ main board, and absolutely not Rangers’ CEO in any capacity, he also has no executive power over it either (it must be remembered only one executive director exists in any capacity at Ibrox, and that is the chairman, Dave King).

Robertson is MD of the Limited side of the club, and more than a few mentions of him have cropped up in recent days, specifically his absolute silence since fanfaring Pedro Caixinha earlier this year as the ‘outstanding choice’ of the candidates to replace then-manager departed, Mark Warburton.

Since then, Rangers’ MD has been conspicuous by his complete absence, with no interviews or apparent statements to reassure fans, not only during Caixinha’s ill-fated regime, but following his dismissal either.

It was not a particularly understood appointment either; Robertson’s, that is. A former Motherwell director, Robertson’s CV is essentially investment consultancy and a brief spell on the SPFL board in 2010.

For this man to be given the reins at Ibrox was certainly puzzling, given he was not experienced at a level anyone could consider akin to the pressure of delivering at Ibrox, but he was installed as the ‘boss’ in Govan, without actually having executive power over the plc board.

And since this managerial debacle has dominated headlines, as Rangers’ representative, he has been 100% absent and delivered nothing publicly. He has not put his head on the chopping block in the slightest, electing instead to keep a low profile.

Naturally, Thursday’s AGM will force him to put his head above the parapet and that will make for interesting viewing, and maybe, just maybe, he can explain just why Pedro Caixinha was an ‘outstanding candidate’ while telling us we are going to appoint a half decent manager to replace him.

It is sad that the most public figure during the past month has been Graeme Murty – a youth coach who has been cut a great deal of slack. Even managing to get some goodwill towards getting the job earlier on, he is now very much a figure of sympathy, as fans are clearly aware the guy is out his depth and trying to cope.

This very much reminds yours truly of Ally McCoist essentially representing Rangers single handedly in 2012 during our dark, dark days. He had the great Sandy for company but sadly we lost him too soon and it was left to McCoist to cop all the flak and represent the club and the fans.

Murty is, on a lesser level, having to do the same, and it really is not fair on him.

It is frankly ludicrous how little the board has actually delivered in terms of transparency, communication, and general interaction with the fanbase.

And that begins with Robertson, whose job is supposed to be the day to day running of the club.

Instead we used to get King in on his horse, trolling Scottish football with gallery-pleasing bluster before sauntering back off to South Africa. Now we do not even get that.

But at the end of the day, these guys are the custodians for now, whether we like it or not.

And we pray this dire current debacle is turned around soon.