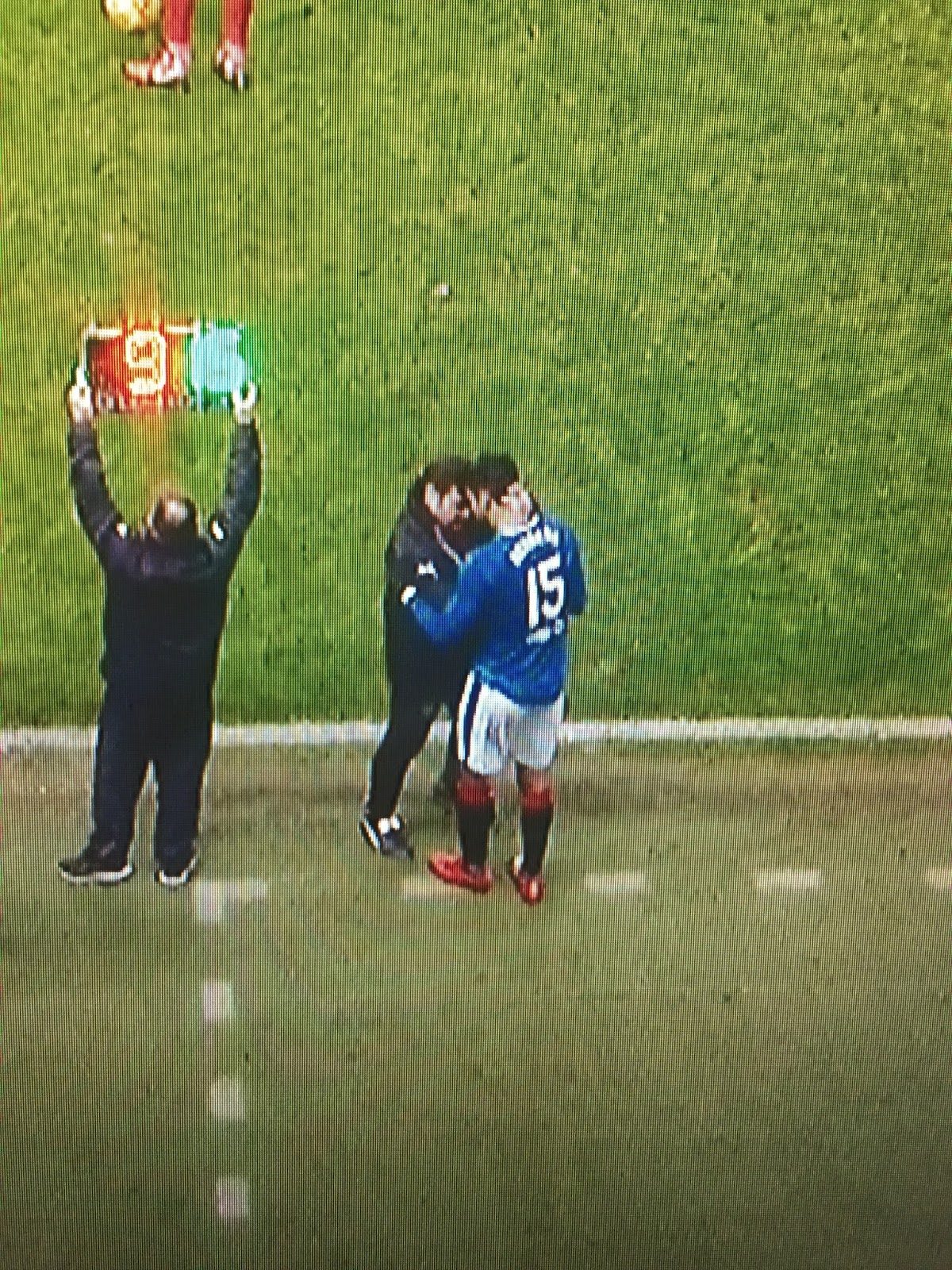 We will have a proper analysis for you in due course but this photo just about sums up tonight’s stunning victory over Aberdeen by a resurgent Rangers with a rejuvenated Graeme Murty.

Having regained his composure from the last two matches, Murty put out a surprise selection, and boy did it work, but this photo of the second substitution sums up how the man believed in his players, and had them play for him.

Substitute Eduardo Herrera, spoken to like an equal, given inspiration, and support, and this kind of morale-boosting work clearly helped going into tonight.

In short, Rangers slayed an out-of-sorts Aberdeen who simply did not know what hit them, and 90 minutes later a deserved home win saw a much-needed boost in the arm for Rangers and our fans.

There were many more key and inspiring moments in the match, but this subtle one really stood out for us.