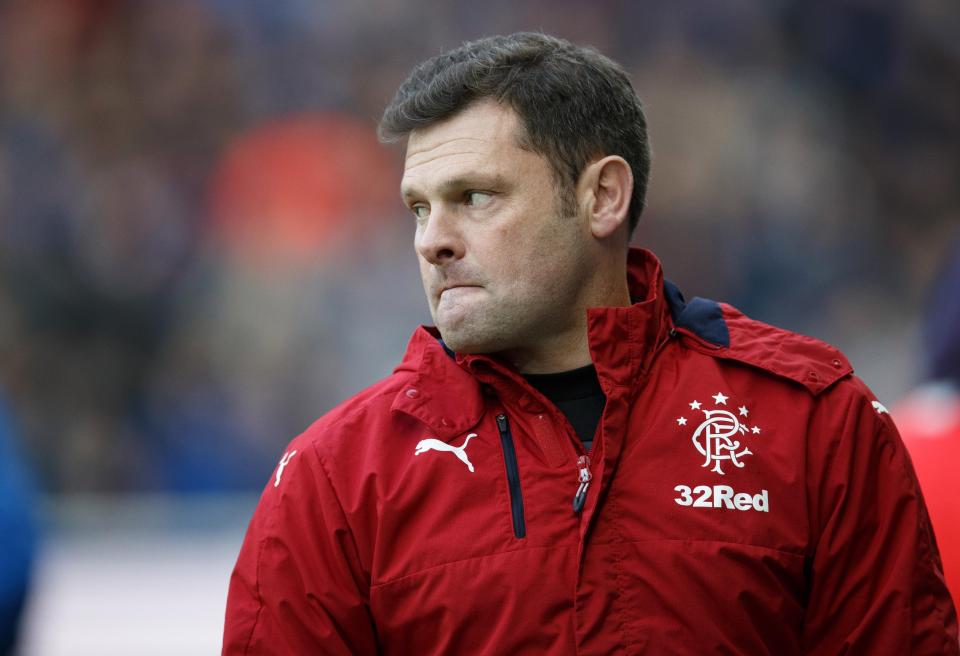 It does now seem the Graeme Murty honeymoon is over. The increasing support the Rangers academy coach got thanks to two fine wins and a two week break of not actually playing appears to have extinguished and the interim coach has significantly fallen away in the pecking order.

Quite honestly we are ok with this. There is a growing feeling had Rangers won yesterday and won well, Murty would have been a borderline stick on to get the job. And some fans might have been content with that. But what would such an appointment have said about Rangers’ ambition? It is no slight on Murty to argue he simply is not a Rangers manager. Until yesterday, he had been frankly outstanding as the caretaker, saying (more or less) the right things to the media and getting the results and even performances on the pitch.

But yesterday the goodwill probably ran out as a profligate Rangers failed to capitalise on chances created and the majority of players struggled to deliver anything like they had the previous two matches.

Jason Holt being booked inside half an hour showed the different feeling yesterday had over the previous Murty games; and while it was a Ross McCrorie error which led to the goal, it was not 0-1 Rangers lost by, it was 0-2.

Murty did not really have major reason to change it from the Partick win, but the selection of Lee Hodson at left back was a grave error. Regular readers will know we do like the Northern Irish international, but only at right back, and we know his limitations there too.

At left back? He has been mostly poor, and yesterday was no different. Now, many would argue Murty’s hands were tied – no Declan John (ill) or Lee Wallace (recovering from injury) but Myles Beerman could well have been an option to use, rather than Hodson who has shown repeatedly he struggles on the opposite flank.

And the stats from the match back up Rangers’ struggles. Outplayed by their supposedly inferior opposition, they had the minority of possession, and only managed four shots on target in the whole match. Hamilton only managed two, but guess what – both led to goals.

Murty also, and we do not like criticising the man, made a major morale blunder in his full time comments. On McCrorie all seems well when he said:

“He is a young player, and players make mistakes. I’m not going to castigate someone just for making one mistake – he needs to learn from it.”

Very fair and supportive initially. But then sadly he did castigate him in the comment immediately afterwards:

“I can’t believe he actually made that decision, but it’s a decision we have to move on with.”

Not the best comment to make about a young player – and this is the guy who is the youth coach?

We do have time for Murty, he stepped in and has steadied the ship but unfortunately he will be remembered as the coach who lost to Hamilton at Ibrox for the first time in a generation – and that is a bit unfair.

But we know now we need a real manager in. Unfortunately we have absolutely no idea who or when this will happen.

Are we wrong? Do you guys still want Murty? It was 58/42 in favour last time…