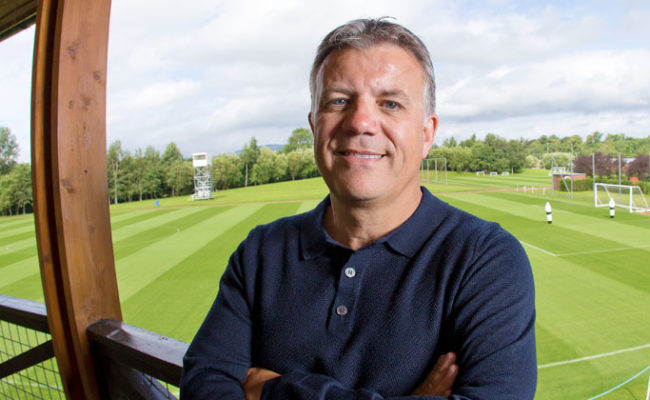 Ever since Rangers relinquished Pedro Caixinha of his duties over two weeks ago, the search to find his replacement has become quite a debate of heightened emotion. It has indeed become something of a saga, aided and abetted by Rangers’ board’s statement that no appointment would likely be made before roughly the end of the month.

As such, Ibrox Noise takes you through a list of the 7 key questions that have been raised as a result of this increasingly protracted manager search:

1: What are the aims now for this season?

Put simply, whoever is appointed – what are Rangers’ ambitions to be until next summer? To mount a challenge to Aberdeen for second? To overhaul the squad in January and produce something astonishing that can match Celtic? To just consolidate current levels and ensure this season does not end badly? It feels like a bit of a limbo at present and we are not exactly sure what we expect or even want at this point.

2: What kind of manager do we want?

Do we want the ‘Walter Clone’, or the ‘foreigner’? Are we after a ‘British manager’ or someone utterly left field? Many are torn with the first three, but the problem definitely is that lack of agreement about exactly what the best kind of manager Rangers need is.

The Aberdeen chief has been odds-on favourite from the get-go, and while he topped a site poll some days ago as the majority favourite, it was not convincing. The ex-Rangers player has a lot of detractors, fans who believe he barely laid a glove against Celtic and indeed behaved defeatist about them. Meanwhile he won the league cup and the first division with St Johnstone so he clearly knows how to win. But how can a man who apparently appears inferior to Celtic mount a meaningful challenge against them?

4: Who is actually choosing the new manager?

There is growing doubt about this. Initially it was presented as a board choice, but increasingly the Director of Football, Mark Allen, seems to be getting touted as a major influence in who we appoint. At this point, it is anyone’s guess, but it raises two concerning questions:

5: Can the board get it right third time lucky?

They made a hash of two appointments – Warburton and Caixinha were disasters in the SPL, and not Rangers material. Do we as fans trust these men to choose correctly this time? If you learn from your mistakes, perhaps. But it does create doubt that their record is so poor.

6: If it is Allen who will choose the manager…

What makes an ex-Manchester City Academy head the right man to choose Glasgow Rangers’ next manager? Or even have a say. He has been here two minutes and there is a lack of evidence that he knows exactly what Rangers need. We are hardly unfamiliar with Englishmen coming north and restructuring our club badly, requiring a complete overhaul afterwards. Which is not to say Allen is a poor appointment, but just that we cannot trust him implictly with our club. Not until he has earned that right.

7: Is the best option already here?

Graeme Murty is doing a stellar job. Sure, Hearts are in diabolical form (they lost at Murrayfield to Killie right after losing to us) and Partick are mince, but these are matches the last boss struggled with. Prevail v Hamilton and Murty manages to achieve three wins in a row, which will be a novelty for this club. We cannot 100% endorse him but equally we refuse to discount him. He has done a wonderful job with the resources he has and we cannot commend that enough.

These and other questions should legitimately be asked by fans – we have been burned with two woeful managers in a row, and we have the right to hold the board to account for that.

We simply hope and pray this third permanent appointment is the right one, whoever it ends up being.