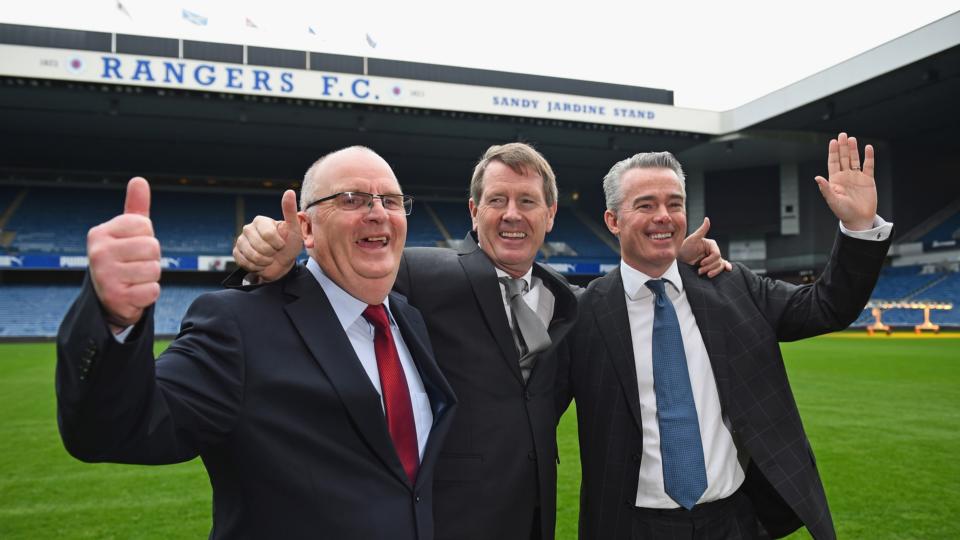 Three years ago a hostile AGM took place in December 2014, with the Rangers board now firmly entrenched as the enemy of the fans.

David Somers, Derek Llambias, and the Easdale brothers were among the directors at whom a level of enraged hate was aimed, and the attending shareholders chanted ‘out out out’ at them.

Enter Dave King, Paul Murray and John Gilligan – portrayed as the heroes and saviours of the club, and those who would restore Rangers to our rightful place at the top of Scottish football, they won the following year’s EGM election by a landslide, and fans were filled with optimism and belief with regards the future.

Fast-forward to November 2017. Gilligan is gone, Murray went silent years ago, and King’s occasional soundbites have created part of the recipe of heroes staying long enough to outstay their welcome and end up villains.

Now, we are not accusing the board of malevolence, but Thursday’s AGM is the first time real pressure has been put on these men, and the manager debacle will be uppermost on attendees’ minds.

It is unlikely the current board will be greeted with the ‘sack the board’ and slurs that the AGM in 2014 saw, but there is no question the goodwill and support they had a couple of years ago has thinned dramatically, and the general opinion among fans seems to be that the current incumbents have taken us as far as they can.

Ibrox Noise was against this board from the start – we gave more slack to the previous one than others did, but by the end even we agreed their time was up. But we were not in favour of King et al.

And the harsh truth is this board has overseen an astonishingly stagnant period of Rangers’ history. While it started brightly in the Championship with Warburton, since early 2016 Rangers have flirted between moments of being reasonable and downright despair.

And have come nowhere near being second best in Scotland, never mind challenging Celtic.

The managerial saga is the one which has seen a greater level of criticism aimed at the board than ever before – they lived for a long time on the goodwill of ousting a seemingly hostile Rangers board, but unfortunately under this tenure Rangers have simply not grown.

This board is answerable. This board must take responsibility for where Rangers are as it is their managerial appointments that have helped cause it. Rangers have survived more or less on soft loans since they got elected and someone will have to explain to me how those soft loans are any better than the interest free ones Sandy Easdale used to support us with.

The board must deliver something useful on Thursday. They must prove they are up to the task of taking the club forward because all signs point to them not being.