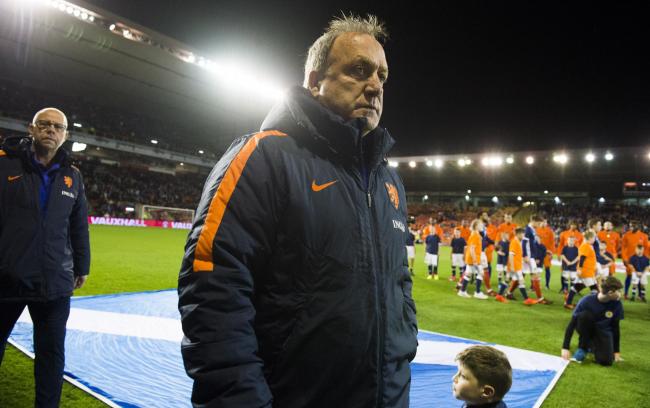 Former Rangers manager Dick Advocaat has done nothing to douse the loose speculation linking him with a return to Ibrox by refusing to rule out a switch back to the club he won so much with.

Speaking last night at Pittodrie following his Dutch masters managing a victory on their visit to Scotland, Advocaat sidestepped the question of the Rangers job like a politician saying only:

“I still have until Tuesday.”

Tuesday is set to be his last fixture with Oranje when they face off against Romania and while he is supposed to retire, well, he said that once before.

Being a free agent, no compensation package would be due, and the Dutchman still considers his time in Govan the finest of his managerial career, hence the vacancy and he being linked.

“I really enjoyed to be back. I have great memories of this country and this place. If you can win a game against Scotland it’s always a good feeling.”

But of course should the 70-year old make a dramatic return, he would not have the funds he did last time. His odds have also stretched to 33/1 making him middle of the pecking order in the stakes.

It is unlikely Advocaat would give up a retirement (again) but then if Walter came back when his club needed him, it is not impossible that Advocaat could do similar for a club close to his heart.