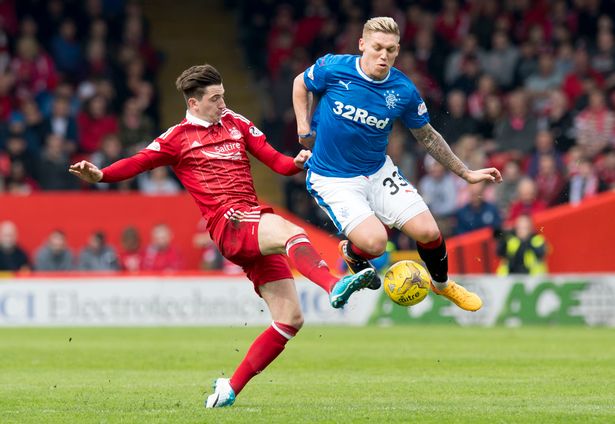 In his pleas for Ryan Jack not to be booed playing for Scotland tonight, Aberdeen midfielder and Rangers target Kenny McLean has inadvertently admitted Aberdeen are not a big club.

The 25 year old engine room man was the subject of huge speculation this summer, and with his rejection of a new deal confirmed and his departure in January or next summer assured, the midfielder has not only indirectly conceded Aberdeen are ‘small time’, but given a subtle hint of where he will be next year by praising Rangers’ size.

“But he’ll [Jack] be able to handle it. He’s playing at a massive club now and he’ll be used to expectations.”

So he was not before but is now. If ever McLean telegraphed his future intentions it is in these words.

The man is clearly desperate to hook up with Jack (and possibly Derek McInnes) again at Ibrox.

Here is hoping he gets his wish come the turn of the year.