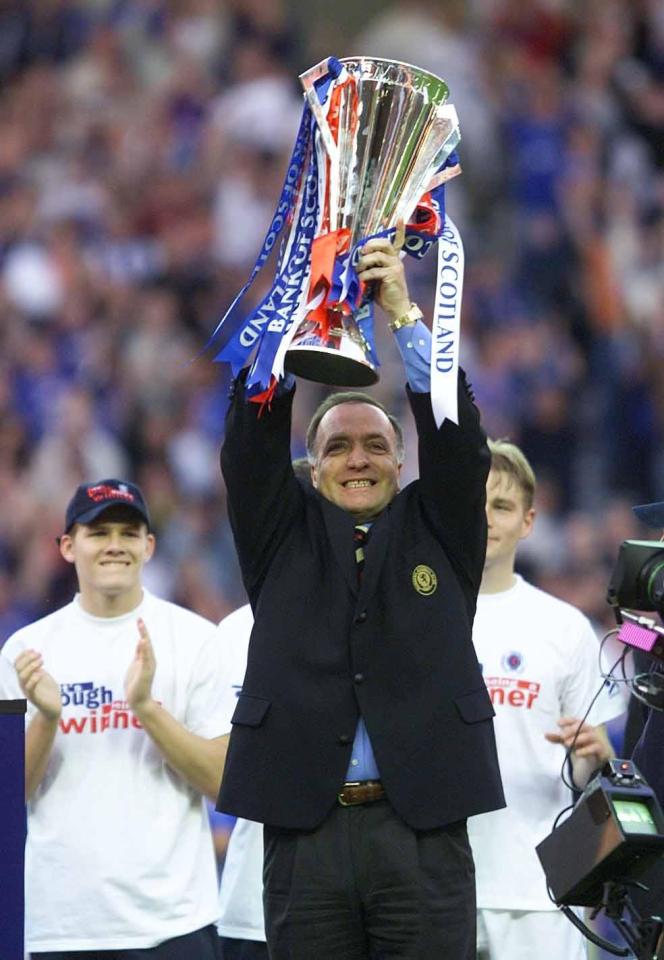 Rangers’ new manager hunt has certainly raised a lot of names, from Gus Poyet, to Steve McClaren, to Erik ten Hag to Sam Allardyce, but former Rangers players and managers have been especially prominent; and in this case, we are looking at the three main Dutch Bears in the mix to get the gig at Ibrox.

Stunned everyone by coming from nowhere to second favourite, and has remained there in the days since, this ex-Rangers player was a truly marvellous signing by then-manager Dick Advocaat and he was as close to world class as any player Rangers have had in the past 20 years. GVB went onto an injury-blighted spell at Arsenal but the Gunners paid £8.5M for his services which in those days was a stunning amount, and while the English side did not get value for their money (despite the trophies GVB still picked up), his Barcelona days certainly reversed that trend and he was instrumental in their ‘Ronaldinho’ days of success.

Now-manager of Feyenoord, GVB has been stellar in Holland – while he has not been able to up their level to UCL standard, ‘De club aan de Maas’ won the league under him last season, the league and cup double at that.

Claims have been made in the press that Rangers have contacted his employers over the possibility of securing his services – it would be an incredible coup to pull it off.

We hope it happens.

Only actually spent a bare half season at Ibrox, and probably past his best too, but the guy was a world class stopper in his day and had as glittering a career as they come. Has had a patchy time of it in management; brilliant in the Netherlands with Ajax with league triumph after league triumph, he has sadly not stepped up with any gig since. A disaster at Internazionale, then a disaster at Crystal Palace too, de Boer has not found the going in management as easy as it was when he left Ajax as a player.

This one would be a major risk.

Rangers’ former manager of course, and a pretty silver-laden period in Scotland for the Little General, but no one forgets the man spent a lot of money to bring that success to Ibrox, money we no longer have.

He created initially a powerhouse Rangers, filled with the likes of aforementioned GVB, the irreplaceable Arthur Numan, and the technical genius but tragically unlucky Michael Mols – but those days are distant past and his career post-Rangers is a mixed bag. Brilliant in St Petersburg of course, not so good in his international positions with Belgium and Holland. Like de Boer a free agent, but like de Boer a huge risk, and one unlikely to happen.