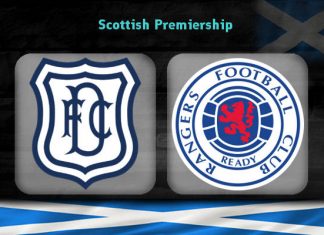 Following Saturday’s crushing loss to Hamilton on the Hallowed Turf, changes may well be afoot for tomorrow’s trip to Dens to face an out of sorts Dundee who have not won since the end of September.

Neil McCann’s side sit rock bottom of the SPL with two wins of 14 all season, so this one surely has to qualify as a guaranteed three points for Rangers. Right?

Wrong. We do not know what we will get tomorrow night, under an interim coach who has effectively admitted for the first time that he now might actually want the job.

But we can have a punt at predicting the team he might select.

Chances of Murty deviating from the tried and sometimes tested 4-4-2 are next to nil, so the team is likely to retain that formation. And the injury troubles remain constant, with Jordan Rossiter (calf and viral), Bruno Alves (calf), Graham Dorrans (ankle), Lee Wallace (recovering) and Lee Hodson (foot) all either out or incredibly doubtful.

Declan John has returned from illness (Murty described his loss as a ‘big miss’) meaning the intended team for last week should likely be fielded tomorrow:

We would love the likes of Barjonas, Aidan Wilson and Ryan Hardie to get a bit of a shot, but they are likely to have to settle for a place on the bench.