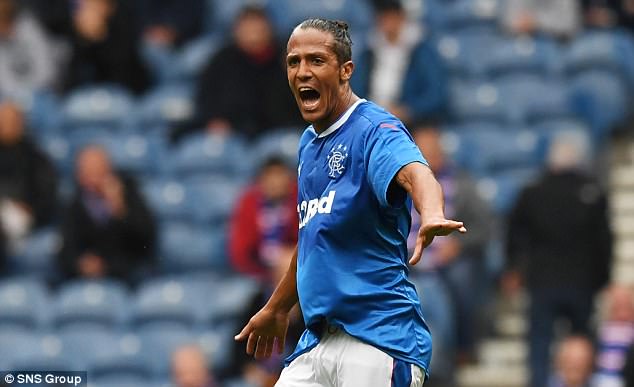 Rangers have been hit with two major injury blows which could disrupt Friday’s trip to Dens Park.

Bruno Alves’ injury problems continue with interim coach Graeme Murty confirming the ex-Porto stopper remains sidelined with a back injury and no apparent timescale for recovery, while midfielder Graham Dorrans’ ankle problems remain an issue and again, the manager was unable to give any return date.

With defensive frailty a problem when Hamilton came to Ibrox last weekend, many fans have canvassed for the Portuguese international to be restored to the first team, but injury has become an increasing problem during his time in Govan, with this being at least the second layoff the 35-year old has suffered.

“Bruno Alves wasn’t fit for Saturday with a sore back, and he has stepped-up his rehab but it is very-much a day-by-day process for him and we will see how he reports in tomorrow.”

Meanwhile midfielder Dorrans’ ankle knock which has seen him out of the picture over the past few weeks has not yet healed and there is simply no ETA on when the former Scotland international is expected back.

“Graham Dorrans has started the process on his ankle rehab, so that is an ongoing process. We’ll have more definitive dates as we see how he progresses through this phase.”

Educated estimates put Dorrans out probably for a further month, but hopefully less.

The rest of the injury situations is as you were – Jordan Rossiter has turned into a complete disaster of a signing, simply unable to stay fit. Incredibly talented young man but cannot maintain health for even a few weeks. Niko Kranjcar is fully fit again but has to be content for now with a place on the bench, and Lee Wallace is in rehab with no apparent date set on his return either after initial estimates had six weeks.