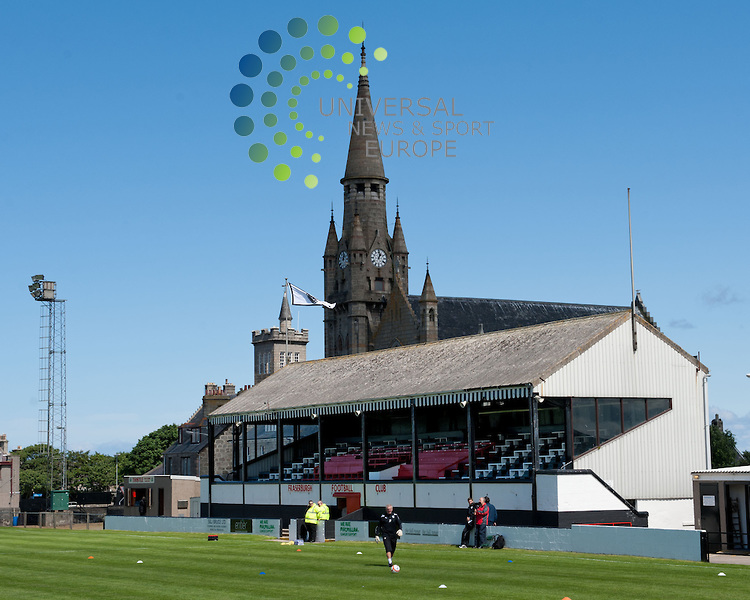 Honestly, there has been a lack of feelgood factor around Ibrox of late. Sure, Graeme Murty got a wee bit of momentum against a shocking Hearts and a bottom of the table Partick, but the honeymoon wheels came off badly against Hamilton and Rangers fans have gone back to soul searching and praying we get the right manager and get him soon.

However, when yesterday’s Scottish Cup Fourth Round tie gave Rangers a trip to Highland League side Fraserburgh, it genuinely came as something of a feelgood story.

I am genuinely happy for this wee side to get the mighty Rangers on their own patch, and it shows that while Scotland is mostly toxic with regards us Ibrox men, at least there remains some genuine affection and respect for what the name means.

Their manager Mark Cowie admitted that Rangers were the tie they were praying for and they essentially lost the plot with glee when they pulled us out the hat.

“When our name came out the hat we were all collectively screaming at the TV for ball number 29. When it was pulled out and we knew we had Rangers, the roof came off. We knew that winning on Saturday gave us the opportunity to go in with the big guns; you just pray you’ll get a big tie. We’re all about history at this club. We’ve had some big games in the past but this goes right up there – something for everybody in the town and club to look forward to.”

It puts Scottish football romance and Rangers back on the map – and it genuinely has created a bit of buzz that part time players will get their moment in the global spotlight while facing the world famous Rangers.

Sure, our team is not as good as it should be, but the name is still the name – and we are truly made up for our opponents that they get a chance to take us on proudly in front of their own fans.

Aberdeen were yet to be drawn either, but it was the Rangers Fraserburgh wanted.

It is literally the match of these guys’ lives, and is that not what football should truly all be about?