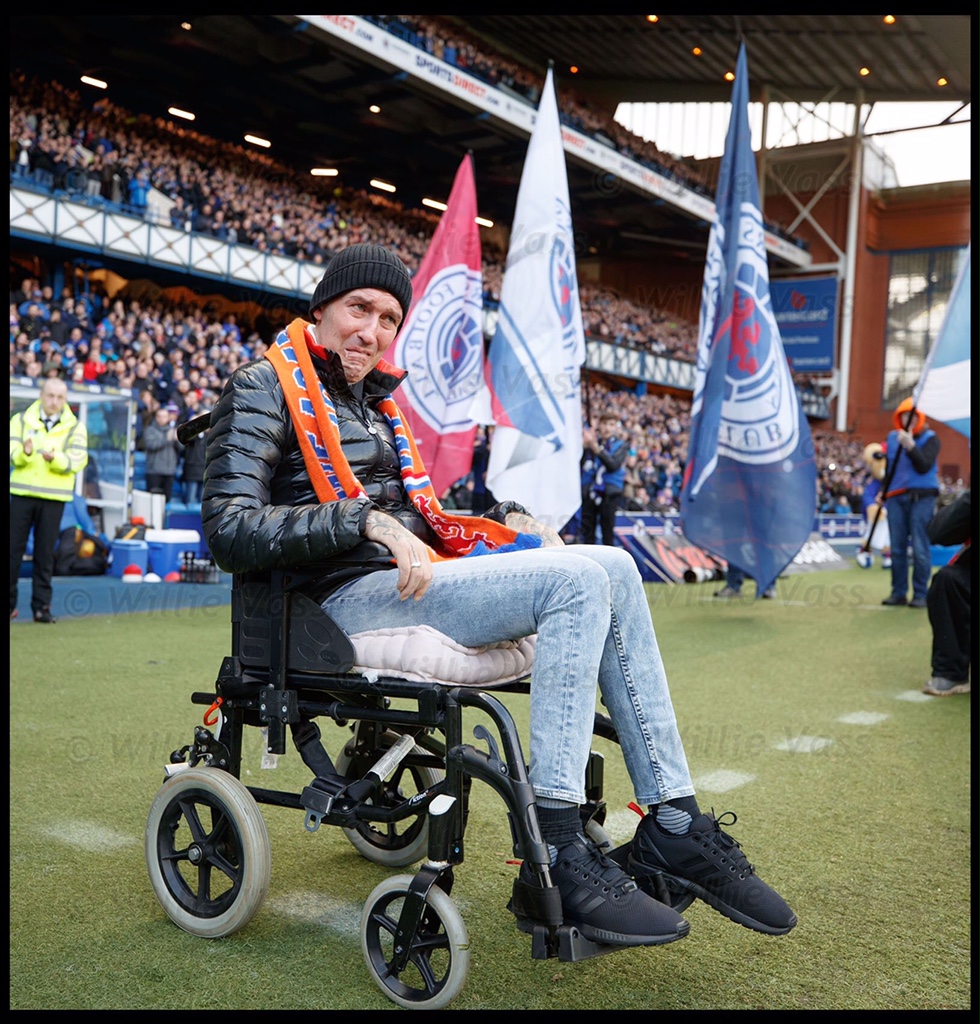 Rangers lost a match of football today. But quite honestly this seems an incredibly trivial event compared to the bravery of One of Our Own Fernando Ricksen who was paraded with dignity, pride and class pre-match, fighting as he is a terminal form of Motor Neurone Disease called ALS.

Fernando was expected to lose this fight a long time ago, and while he has resigned himself to the inevitable fate, the fact the man has beaten the affliction until now gives some context to eleven men losing a wee match of football.

Of course, we would have loved to have won it on the pitch for him, he deserved that, but it was not to be, and in the grand scheme of things, his fight with such a dreadful disease puts into some perspective our inability to beat Martin Canning’s side.

It is only a game. Yours truly has not felt his best either in recent times, but the sight of Fernando consigned to a wheelchair unable to walk certainly gives me perspective, and I hope it gives us all some while we argue trivial matters.

Ricksen is a hero – whatever colourful acts he did in the past, he has taken to his ALS battle with grace and fought it like a tiger.

He will lose the battle, but like a True Ranger there was No Surrender.

And we remain proud of him. No Surrender Fernando.