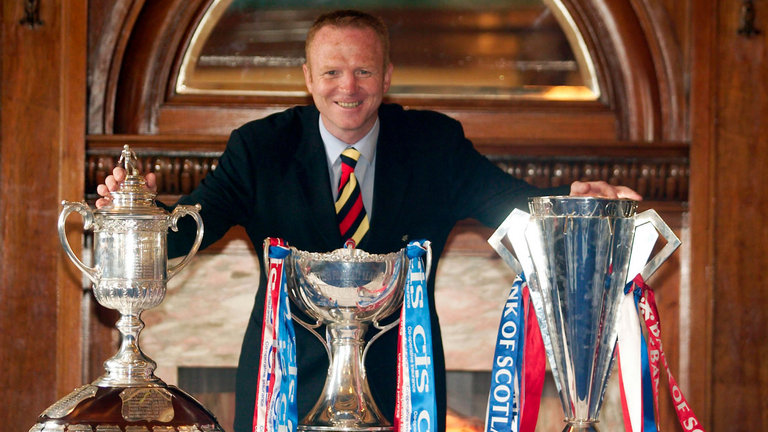 Former Rangers manager Alex McLeish is now firmly in the running to return to Ibrox in the same capacity, according to reports.

The ex-Birmingham and Scotland manager is the preference of a number of board advisors, and was strongly in the frame for the job when Mark Warburton vacated the premises, but the powers-that-be elected instead for the disastrous appointment that was Pedro Caixinha.

Now the former Hibs manager is solidly back in the running for Rangers’ hotseat and certainly did not deny his interest the last time the job was available:

“I wasn’t close. I had doubts about it. I did speak to them and I said that if they were to come back and offer me it, I would like to speak further. It was a very casual chat. It wasn’t what I would call an interview, it was meeting old friends again and seeing where they were going with the club. They say don’t go back and that was in my mind but they asked to speak to me and it was worth listening to what they had to say.”

However Eck did also concede the politics were toxic and not something he wanted at the time:

“It was totally different to when I first went. It just wasn’t for me at this time of my career. I felt that there is a lot that goes with it as well, in terms of the other side of the actual football and training. There is a lot of politics and I don’t know if I needed that at this stage of my life.”

It would be arguable not a lot has actually changed since McLeish last spoke to the board, and while he is very much in the frame again this time around (fifth favourite at the time of writing) whether the man would actually want the position is another matter.

But Rangers would know exactly what they were getting with him, and a lot of fans are keen on him coming back too.