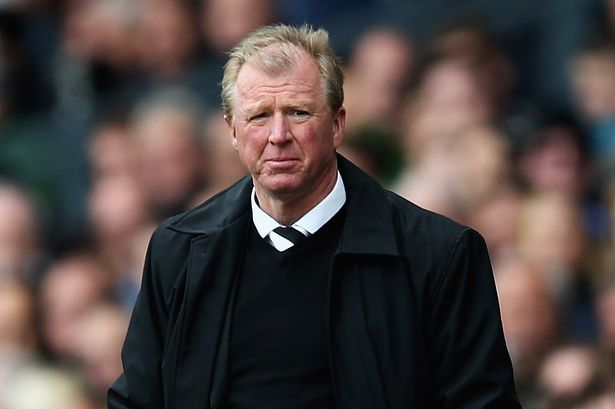 Within the past 18 hours, another new and surprising name has emerged to increase the intrigue of this managerial race, and make it anything but a foregone conclusion.

Aberdeen’s McInnes does still lead the race, but ex-FC Twente and England manager Steve McClaren has now joined the hunt, with many outlets offering less than 20/1 on the likelihood of the former Derby coach taking over in Govan.

Following Rangers’ excellent and convincing win today at Ibrox, interim coach Graeme Murty is gaining a cult following with more than a few fans actually advocating how we could do worse than the former Scotland international, but McClaren’s CV is definitely honourable in itself, with the Dutch title and the English League Cup to boast, as well as a wealth of knowledge and experience from a nomadic and varied managerial career.

It is not a surprise the former Newcastle boss has joined the list of candidates, and while his highest win percentage was in Holland with 62.9%, it was also as low as 22.6 as Newcastle chief.

McClaren has had an eclectic career in the hotseat, but he certainly was not expected to do much in the Eredivisie and would have been classed as a fish out of water, and yet he went onto win the title.

If he was appointed in Govan, maybe a similar impact could take place.