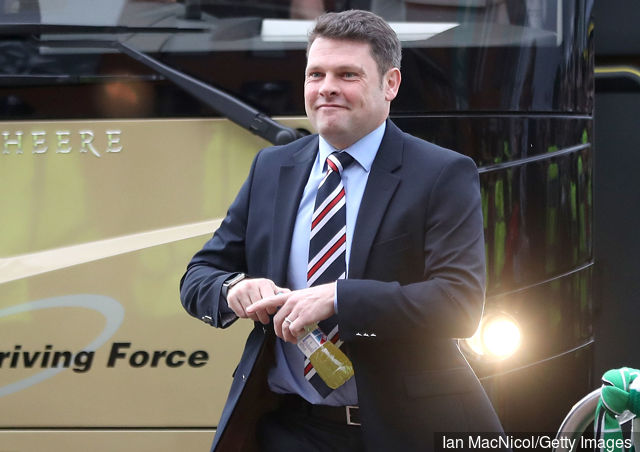 Last time Rangers lost their manager, the results immediately following his departure were hardly inspiring. A scraped win in the cup over Morton then saw two depressing league losses on our travels, first at Dundee, then at Inverness.

Interim coach Graeme Murty appeared to be struggling but the following fixture finally saw not only his first league win but Rangers’ first over St Johnstone in three years since Lewis Macleod’s header won it at Ibrox back in 2014.

Since then Graeme Murty has not lost a single match as Rangers coach, including both spells, and has in fact managed a stunning 16 goals in five matches. He even managed Rangers’ only point in the league against Celtic for half a decade.

And now fans are starting to really notice the turnaround. There are mitigating circumstances; the morale has been lifted with both Pedro’s departure and Miller’s return, and players are now playing for their Ibrox futures in a way they may not have been before.

But the results are undeniable. Despite the early set back to a truly stunning Kyle Lafferty free kick, Rangers strolled it against Hearts with a fine comeback, then breezed past the formerly stubborn Thistle at a canter.

Rangers are actually in the best form they have been most of the year. While both matches under Murty had weaker spells, the superiority of his men was undoubted and the results completely merited.

It is the most stable, convincing, and downright good Rangers have looked this year.

And some fans want the continuity. They want Murty as permanent manager. The principle is why change what is not broken?

Somehow this 42 (nearly 43) year old former Scotland international is manifesting a real sense of belief in his players, and those players seem to want him permanently. Jason Holt has today confirmed he would be more than happy with Murty getting the gig:

“Yes, the boys have enjoyed working with him but it’s not up to me to decide that.”

It is probably not going to happen, but the longer the board fail to appoint anyone else, and the longer Murty keeps getting his team playing and winning like this, the stronger the case gets.

The man himself both wants and does not want the job. He has admitted it would be hard to turn down, but equally says he did not move north of the border to become Rangers manager.

We are pretty sure the increased salary might help a little…

But in all seriousness – would you guys want Murty installed permanently?