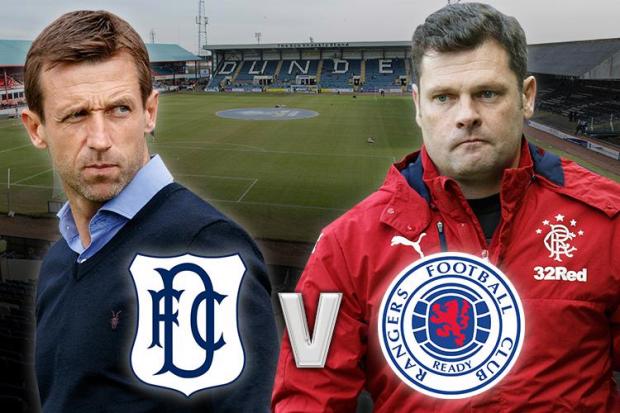 Tonight’s loss to Dundee was an epiphany. It is hard to know if this truly was the worst Premier League loss in Rangers’ history, because this club has had its fair share of shocking results in the past, but to all intents and purposes tonight may just have been Rangers’ lowest SPL moment of all time.

Rangers were well beaten by a comically out of form Dundee – a team who had not won themselves since late September. A team who had lost five of their last six matches and sat justifiably rooted to the bottom of the SPL table.

And tonight was a moment we have to wonder just how deep the rot at Ibrox goes now.

From the month-long farce where we cannot find a manager for love nor money, having been rejected already by Chris Coleman, Derek McInnes, Sam Allardyce and Giovanni Van Bronckhorst to name just four, the only managers who seem to be interested now in the gig are the ones who get attached to every going job like Tim Sherwood, Gus Poyet and Ange Pestecoglou because they cannot find employment and get fired all the time, to the absolute atrocity under the last manager Pedro Caixinha, to the increasing atrocity which has manifested itself now under Graeme Murty, it is safe to say we are worried now.

We are worried about the board’s fitness for purpose. We know the players are not. And there is absolutely no strategy to haul us out of this pit.

Because make no mistake, when you lose humiliatingly to Dundee and wish desperately that Scott Allan was your player, you know you are in dire, dire straits.

Kenny Miller is coming under increasing pressure too now, and you know what? After defending this guy for months, we have to agree. He has been utterly abysmal this season and keeps getting selected – it is true that he now has too much power at Ibrox and is not producing the performances to justify his exalted position.

For us, Miller Time is over. He can go. And he is by no means alone. Whether through mismanagement or whatever, there is not a single player in the Rangers squad who is remotely what we expect to be Rangers Class.

Declan John, with all due respect, is an English Championship reject and he is currently our best player – and for Ally McCoist and his chums to suggest Kenny Miller remains our most prized asset despite the fact he has been mince the whole season just slaps the face and insults the intelligence of Rangers fans.

We do not have a single prized asset. Not a single player in our team is worthy of the shirt, and that rot goes through to management then the board.

We are angry. Angry and frustrated. We have supported this team through thick and thin, but what has happened over the past two matches is endemic of deeper and more entrenched problems.

There does not seem to be an iota of hope with Rangers now, not even the belief a new manager could turn it around. Why? Because this incompetent board is the one picking the new guy.

They might even end up giving it to Murty after all.

We are absolutely sick to the teeth of the manure this Rangers team has become.

It is just an embarrassment.