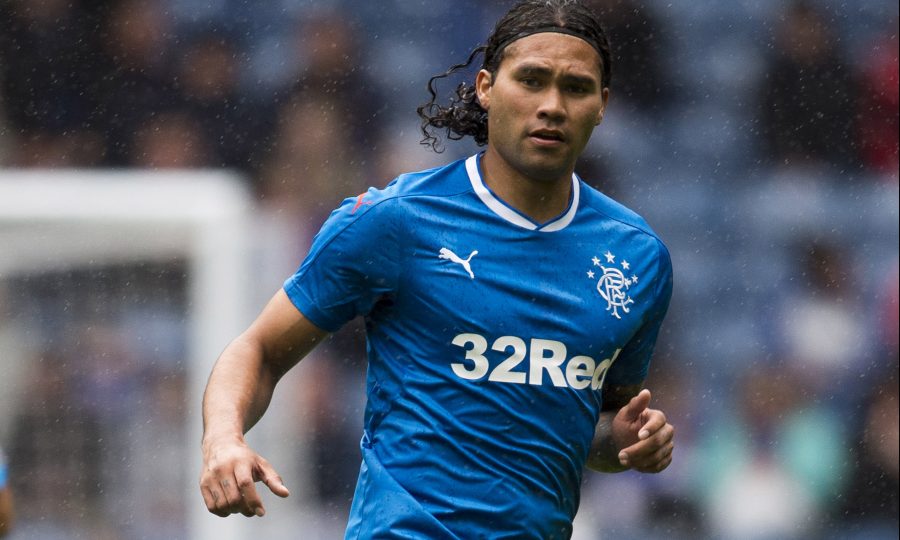 Graeme Murty has done a lot of things right as interim coach. Bringing back Kenny Miller, giving Jason Holt a real run, and trusting in Ross McCrorie. But one name has been conspicuous by his absence in every match under the youth coach, and while his season has been a disaster, we really wonder what the future holds for Mexican Carlos Pena.

Ok, sure, the guy cost a ridiculous amount and seems to be the symbol of all that was wrong under the last ‘manager’, but while he has only really delivered in one match (St Johnstone) the same could apply to Graham Dorrans (same match, incidentally) and he has been under a lot less pressure than the ex-Leon man.

The thing is, Pena showed some real technical class in that match – his vision was excellent, his goals well-taken, and some of his passing showed invention and quality – something we have not seen before or since from the 27-year old.

Murty has completely overlooked Pena in the match day squads, including the other night’s testimonial win, which does suggest, under Murty at least, Pena will struggle to even get a subs’ appearance never mind a start.

You cannot argue with this approach – Murty’s work so far has been good, and he has carried himself with dignity – it is not exactly ‘in Murty we trust’ yet but the man has been a very safe pair of hands with this interim malarkey.

And if he feels Pena is unsuitable for action, so be it. Things do look pretty nifty with Jason Holt playing in that kind of role.

But we shelled out circa £3M for this guy, and one really wonders if that was just a waste of money or if the ex-manager was simply the wrong coach for him.

If we recall, Pedro sold Pena as a ‘box to box midfielder who gets into the box late for goals’. Half of that is true – but Pena clearly is not a box to box midfielder. But he has scored some curiously fine goals, and otherwise looks like he really has something about him.

But somehow the lad is not fitting in – and yet we want him to. We saw what he can do on his (rare) day and even the fans took to him that day, applauding him off in Perth with aplomb.

If there is a way Murty can get Pena to wake the heck up and realise his potential we would be all for it. £3M is a lot of money to lose, especially with Rangers’ finances the way they are.

But we equally will not flog a dead horse, and many would make the case Pena is an also-ran who should have been put down long ago – it really is up to Carlos himself what he wants to be at Ibrox.

He could be special, but equally he appears closer to oblivion.