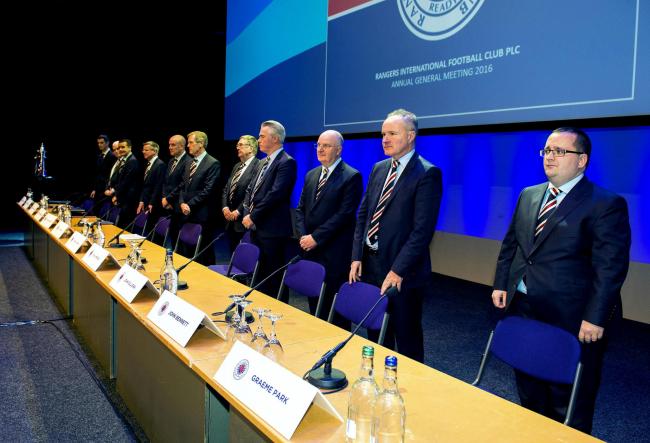 With tomorrow’s AGM uppermost on Rangers’ fans minds, along with the manager saga, that is, and, for that matter, tonight’s clash with Aberdeen, there are a number of prescient issues that attending shareholders are likely to raise with the board and frankly must.

Club 1872 have apparently promised to ‘grill’ the incumbents and that is exactly what the fans deserve, but for the avoidance of doubt Ibrox Noise has for you a list of the most pressing concerns fans must currently have and which are likely to be prominent issues tomorrow.

1: What the hell is going on with the manager hunt?

Hopefully the board has a tangible response to this, and a plan in action, because a vague ‘steps are in motion’ is simply not good enough. Fans have waited over a month for any sign of a manager, and absolutely nothing solid has materialised. Dave King, Mark Allen and Stewart Robertson must present something convincing rather than the absolute silence up till now, and the pressure really is on to show significant progress has been made.

2: What is the long term plan?

Rangers are in a state of mild turmoil. It is obviously nowhere near the dark days of 2012 but few could deny Rangers’ lack of coherent strategy at present. From the playing squad all the way up the chain of hierarchy to the board, the standard is simply not good enough. For Rangers to be this far behind Celtic is an embarrassment, given the money spent and worryingly the gap is widening rather than closing. We need to be given a clear and well-planned route forward, rather than the jargon-filled bluster we have received up till now.

3: Do the board ever plan to float again?

Rangers have been off the AIM for a long time, and while chairman Dave King said it was something he would rather not do, he would nevertheless deliver for the club and get the company back on an exchange. It never happened. Frankly, at this point, we would have to suggest that might have been a lie. For all his toxicity, Llambias’ dig of ‘who’s your NOMAD Dave?’ seems more accurate in hindsight.

4: Does this board intend to take Rangers back to the top?

Approaching three years of King’s rule, and Rangers are nowhere near where the plan suggested we would be. We are barely the third best team in Scotland, with current status in fact having us behind Hibs in fourth, and it seems we are going backwards rather than forwards. Does this board have the means, finance, or even desire to build a better Rangers?

5: How important is Resolution 11?

We know its relevance, but just how important is it to being passed with regards future investment? Will monies raised through share issues via that go into the club and squad, or towards paying the soft loans back? In other words, if it passes, does it push the club forward that much or are we still financially weak for a period?

6: Will a new manager get funds for new players?

We know at least £10M was spent last summer, most of which was a waste – will a new manager be entrusted with similar funds to rebuild come January or indeed next summer?

Rangers have ripped up and started again more times in the past five years than is healthy for a football club. The board have been party to at least three of those tear ups thanks to atrocious management appointments – is this board the right group of men to take the club where it needs to go or are we going to be in this infinite loops of stagnation forever?

There are probably quite a few more questions we could ask; what ones are on your minds folks?