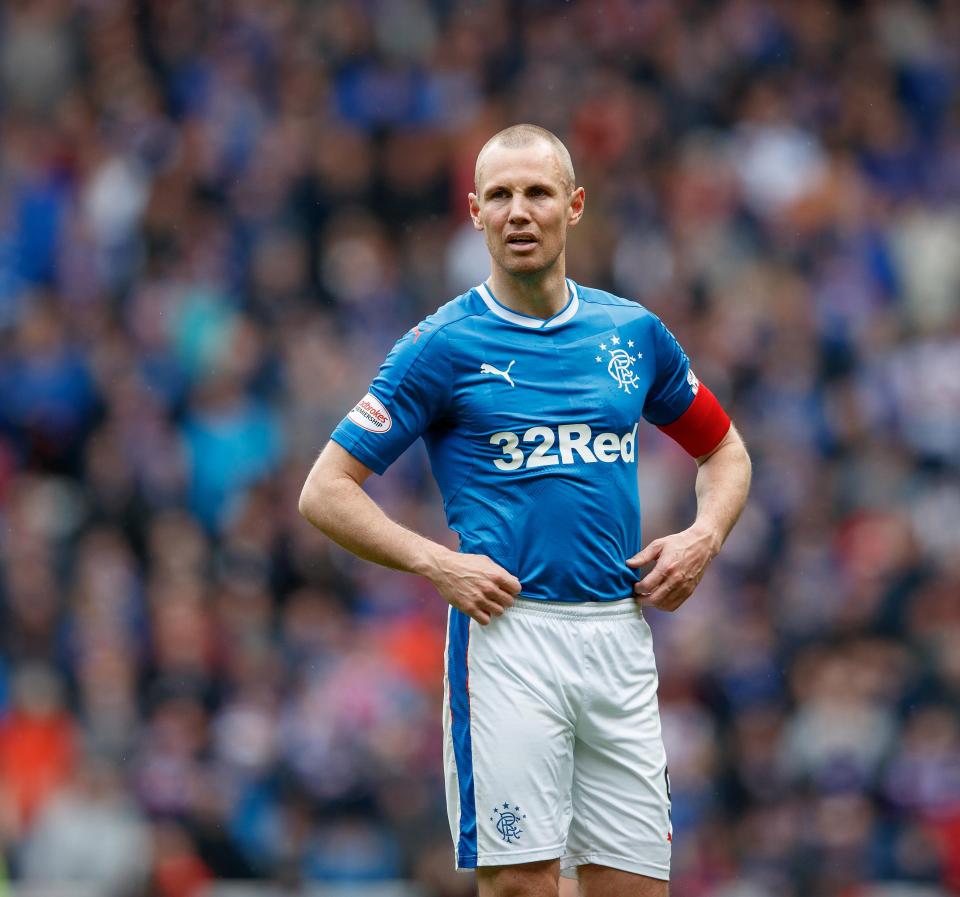 We have to admit we are a touch puzzled here at Ibrox Noise. Only two or three months ago we did a piece discussing how Kenny Miller was starting to divide fans a little, and that in itself was puzzling.

The article was misconstrued as an attack on Miller and we received a LOT of criticism for daring to point out one or two of Miller’s flaws. Indeed, frankly few articles we have published in the past six months received more ire, and the following are some examples of the angry and passionate defences Miller got back then: 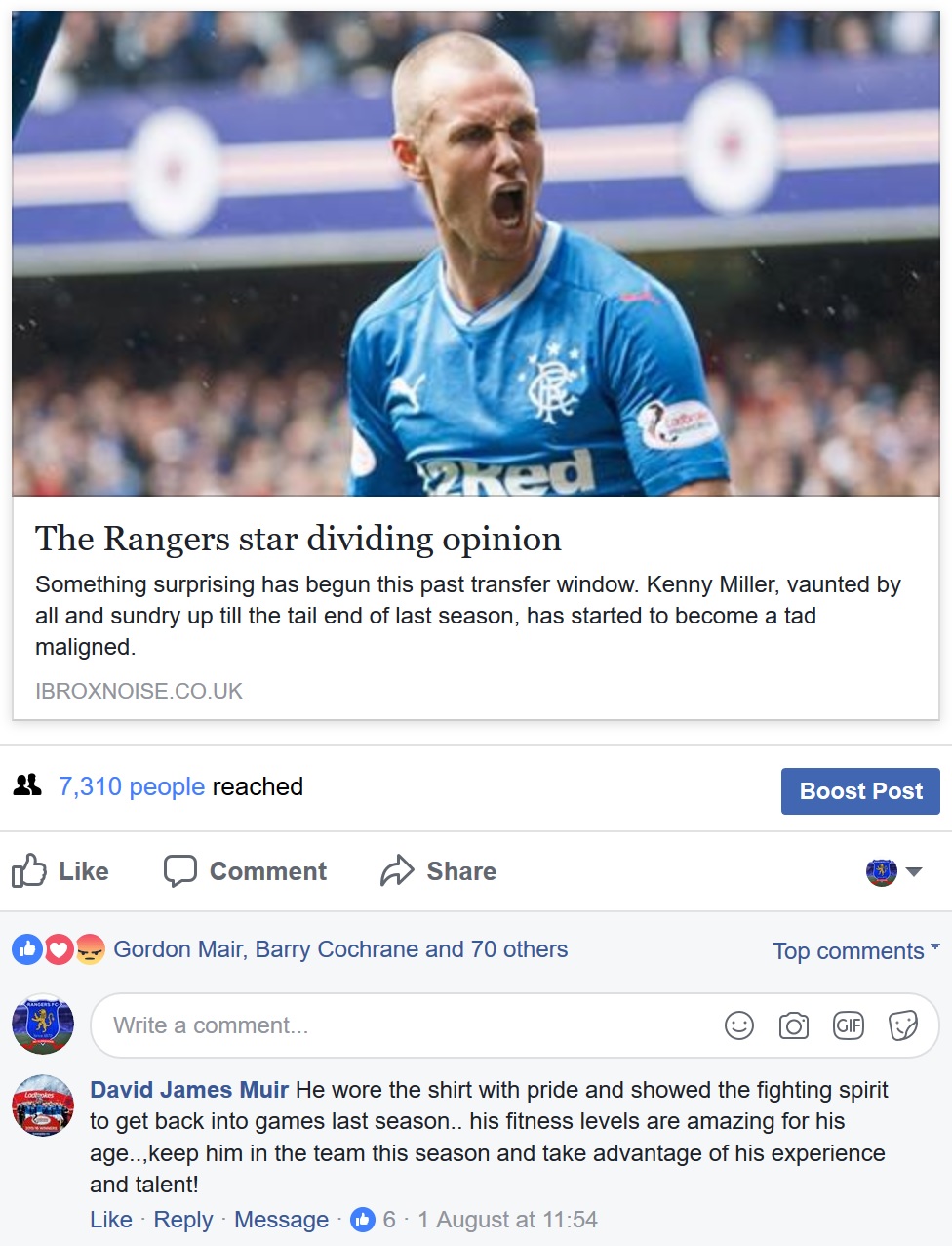 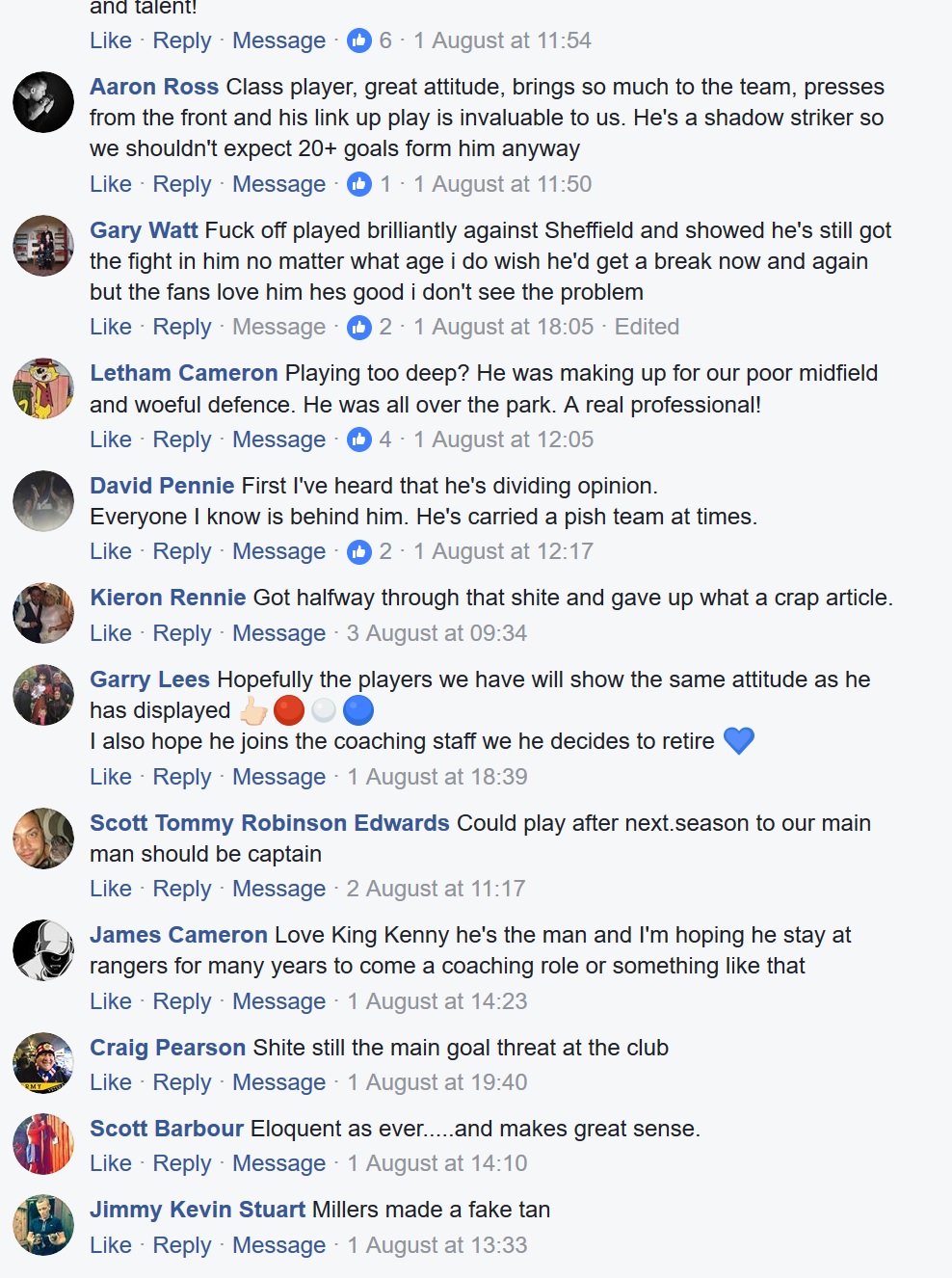 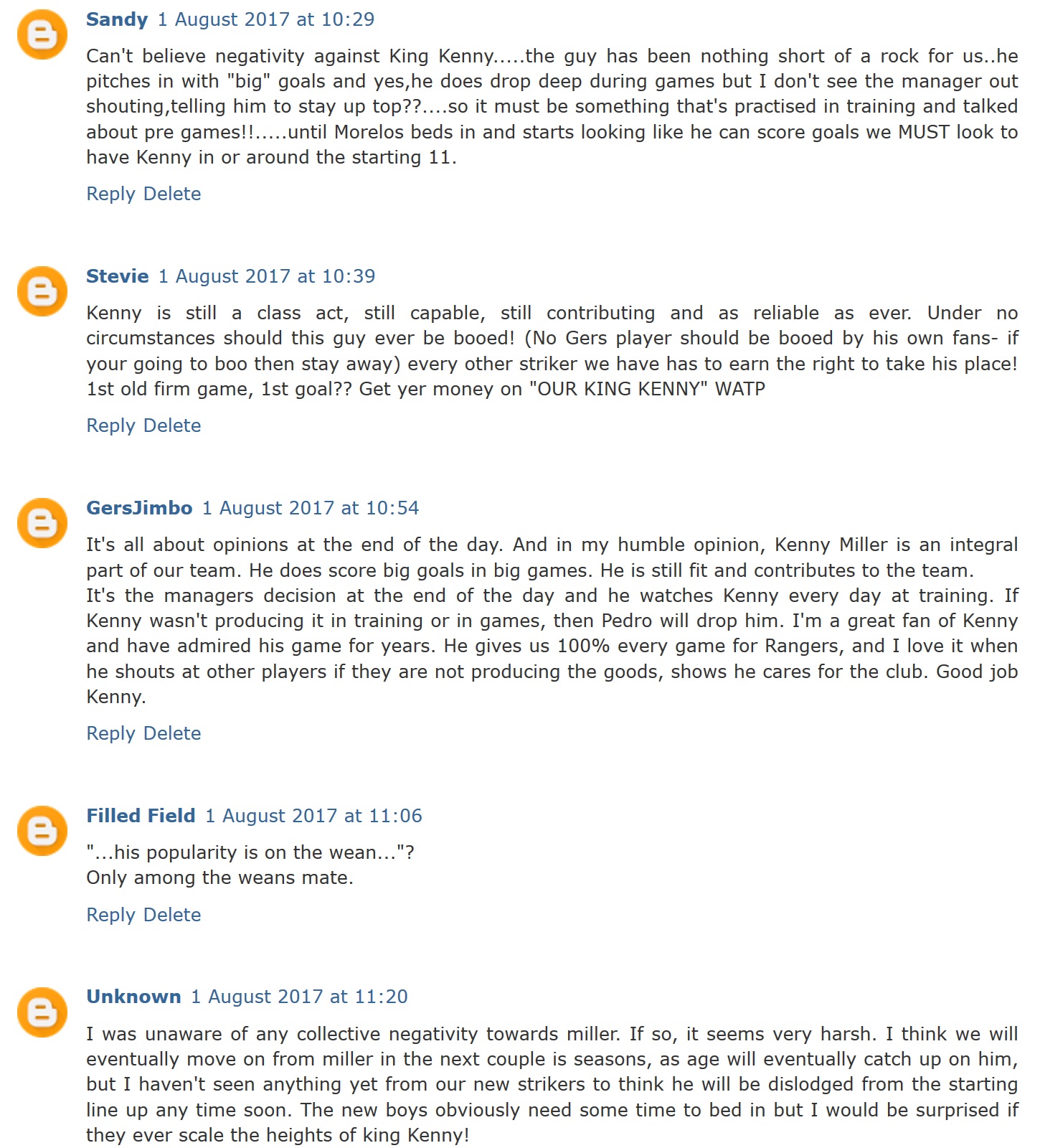 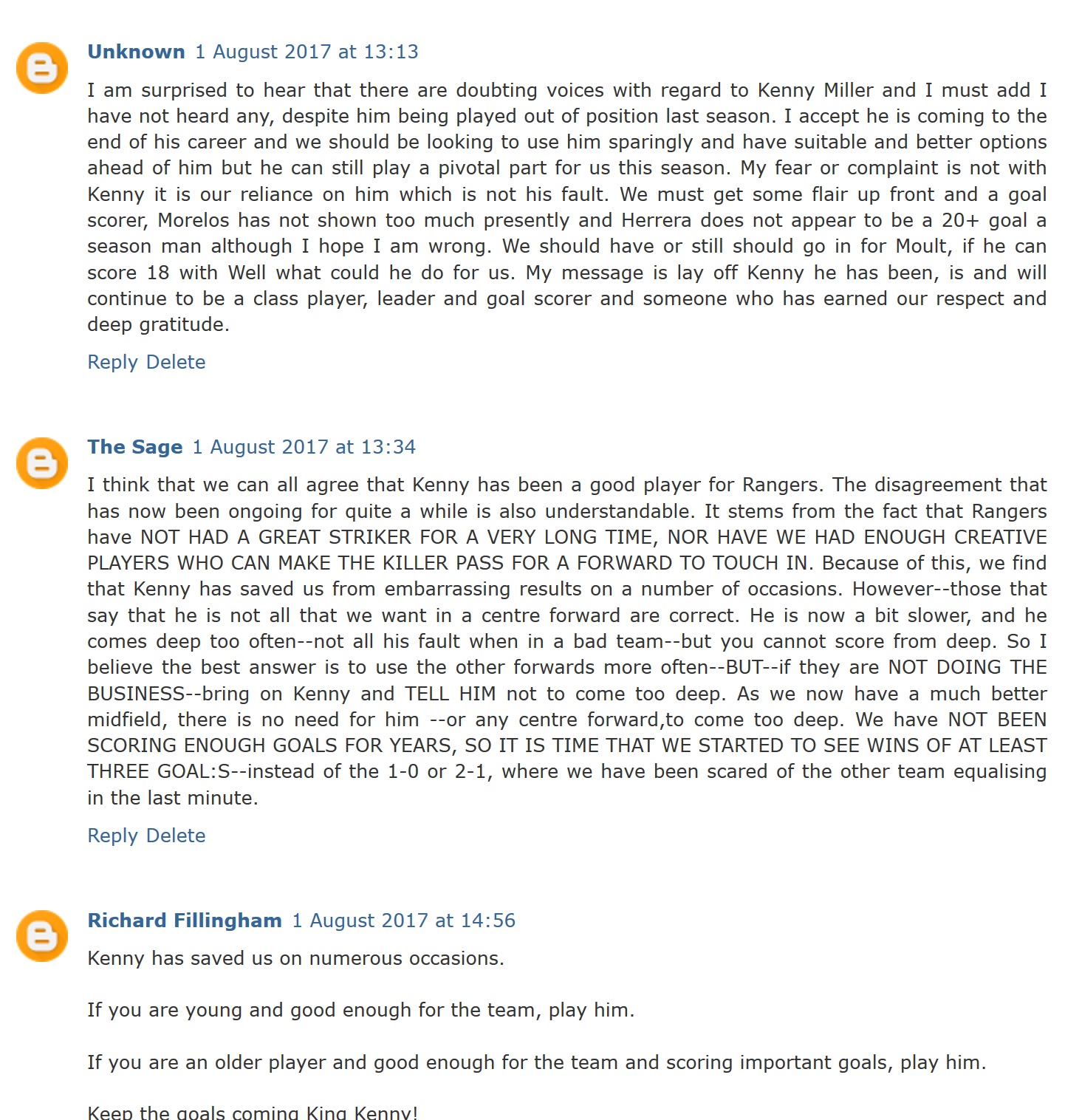 Entirely unanimous support for Miller!
Fast-forward to the present day, and we run a poll asking whose side the fans take in the Miller Mayhem debacle – it was two thirds heavily supporting the manager, who only a week or so earlier was being lambasted by all and sundry among the support (not just us).

We really do have to wonder what has changed within the support over the past four or five days that now has the fans siding with Pedro, even starting hashtags to that effect, and condemning Miller without even knowing the truth of what happened behind the scenes.

Until Pedro dropped him, Miller, while admittedly out of form, had been viewed by the vast majority of the support as a real Rangers man – someone who had given up a cushy well-paid gig in Vancouver to come to the backwater dirge of League 2 and his club. Yes, he played for ‘them’ – and yes, that will never be forgiven, but equally since coming back few have done more for Rangers and represented us as well, or worked as hard.

Kenny Miller has made up for his mistake, in our view. And that is a view that was, prior to this soap opera, held by many.

Why do Rangers fans, without any evidence, believe Kenny Miller has been leaking inside information? Pedro stated before the League Cup quarter v Thistle that:

“Kenny Miller will be given a break. He will have a day off tomorrow to enjoy with the family. I want him to switch off from football.”

Reading between the lines it screams of being dropped via form issues. Just like Jason Holt. Do we really have evidence Miller has led some kind of uprising against Pedro?

We just do not understand the massive groundswell of support for the manager’s side when there is no reason for it.

It almost seems to us that Miller’s past mistake is now being used as an excuse to side against him, and without the facts present, that is dangerous ground.

We are not supporting any national publication, incidentally – we are well aware one of them is backing Miller big time and we are not endorsing that. This article is totally independent of their opinions and leanings, and we care not what anyone else thinks or does.

Caixinha has made countless errors since arriving in Govan. Miller is now the fourth player to be thrown out.

Yet while fans were outraged over Barrie McKay and Michael O’Halloran’s treatment, they seem to be in support of it happening to Miller.

And we cannot fathom why.