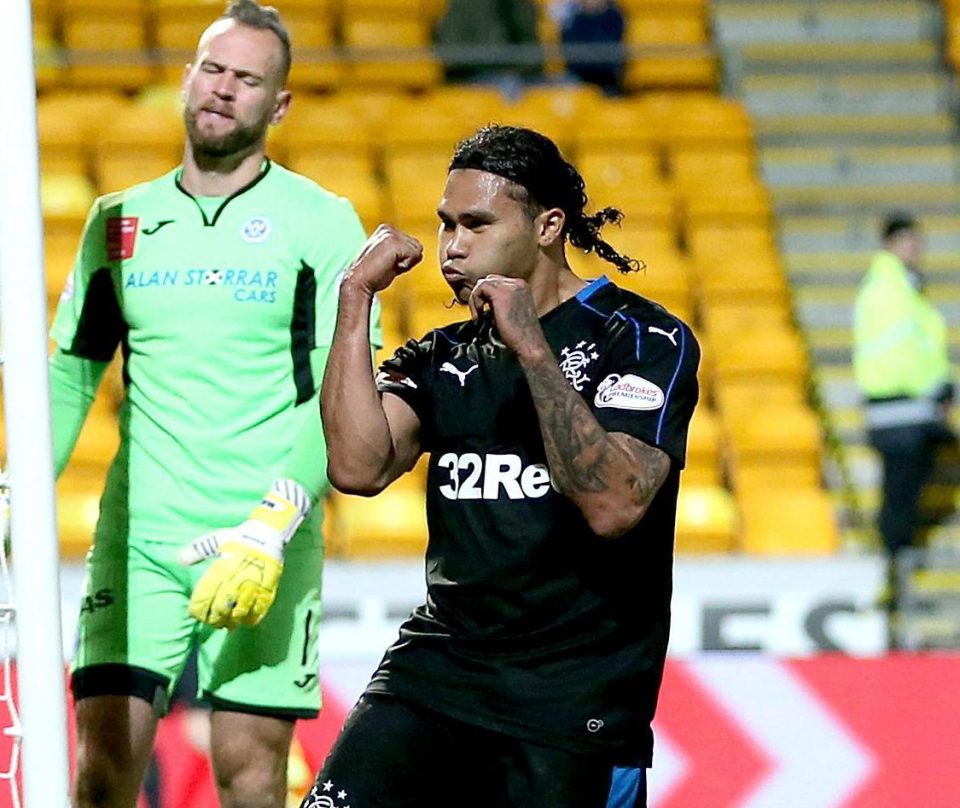 Few could deny Carlos Pena has been an astonishing disappointment up till now. For the circa £3M Pedro Caixinha spent on the ex-Leon man, the return had been less than impressive.

Ibrox Noise has covered the tale with perplexed expressions more than once, and while the lad had scored a couple of actually decent goals, his contribution otherwise had been borderline dreadful.

The conspiracy theories ranged through the support from pure lack of physical fitness, to inability to acclimatise, to good old fashioned homesickness, and lastly his failure to grasp how to play in the SPL.

Up till last night, Pena had been an amazing flop, and it was with incredulity that team mate Alfredo Morelos described him as the best player at Ibrox. This drew laughter from some quarters, raised eyebrows from others and bewilderment from most – what was the Colombian seeing in training that us fans were not in the 90 minutes.

Now, before I go further, I must affirm last night was not a perfect display from the Mexican. He lost the ball a couple of times, and was guilty of being a tad sluggish now and then. But those quibbles aside this was leaps and bounds a staggering improvement in effort, ability, endeavour, enthusiasm, and sheer effectiveness.

Again, though, before I go further, this is the nub of the article – while we want to give this guy serious credit for the improvement in his game last night, we are a bit at a loss as to the criticism a significant chunk of the fanbase is still giving him.

Do not get me wrong; as I said before, it was not a flawless display, but we get absolutely slaughtered by readers and supporters for not praising or getting behind the team/manager/players, and now it is us doing it and you guys slaughtering the players?!

We felt Pena’s technical quality shone last night – his use of the ball was infinitely better than we have seen thus far, and more than once he passed with pinpoint perfection at a difficult angle. He worked far harder centrally, ran and harried, and while he did get a little caught now and then, we are a bit bemused that so many fans, who previously would give us pelters for being critical of him, are not impressed by him last night. Vice versa, anyone?

Bruno Alves and Graham Dorrans were outstanding, easily both’s best display since arriving. But we feel Pena was just about as good as them both – maybe not quite there, but almost – and the fans at the ground sure agreed with huge standing ovation when he went off.

Are we the only ones online who were impressed with him? In our view should he keep that up he will become undroppable, and we hope he does continue to produce that and better.

We are just puzzled so many fans were less impressed!