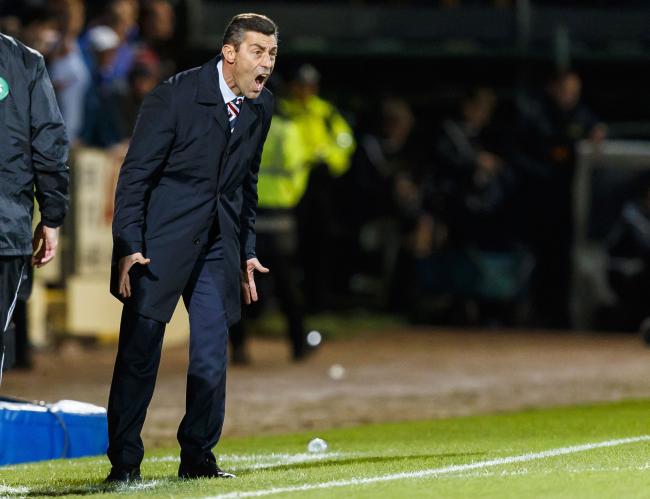 For all the plaudits returning Bruno Alves got last week, and for the praise the defence rightly received for such a solid display overall, there has been a small murmur in the support over recent weeks regarding the merits of Fabio Cardoso.

Even against St Johnstone the Portuguese stopper was a little unsure of himself, and did not seem to dominate as well as he did in the early part of the season.

Indeed, fans and the site praised him for borderline overshadowing his more illustrious partner, and impressing supporters with his workrate, pace, and willingness to get stuck in.

Indeed, he looked every inch a long-term solution and gained plaudits almost every appearance during those first months or so.

Unfortunately, in more recent times, Cardoso’s form has tailed off a little. He looks less sure of himself, has made quite a few errors, and does not seem quite as reliable right now. He has received a lot of criticism from fans of late, some fair, some not so much.

The first reaction is naturally ‘drop him’. Give the guy a rest, give him some time to regain his energy and focus. Give him his hunger and concentration back and he should return to the solid force he was in July and August.

But equally, the performance of Carlos Pena v St Johnstone has given some renewed confidence to the idea that Pedro actually knows what he is doing – and the way he persisted with the Mexican while he was, frankly, borderline garbage, before then making everyone look silly with a superb display in Perth might just be the tactic Caixinha is going with in Cardoso.

Sometimes a player just needs to play off bad form – and if it continues and starts to cost Rangers, we have Danny Wilson fresh from injury recovery and the highly promising Ross McCrorie on standby anyway.

It is not like we do not have reasonable options in reserve.

But hopefully the renaissance of Cardoso begins at Hampden on Sunday – we saw how good he could be while his veteran team mate struggled in the early stages of life in Scotland – with Alves now seemingly getting the hang of the Scottish game, who better to guide his junior protégé?