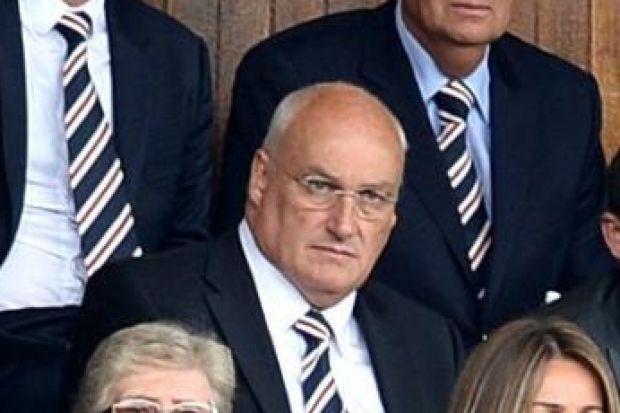 Pedro Caixinha has not picked Kenny Miller to play in the first team since it was alleged that he was the mole in the Rangers squad and personally, I don’t believe a word of it – utter nonsense and with no proof, into the bargain.

I would not be surprised if Graeme Murty didn’t have something to do with Miller being allowed back from training with the U20’s squad – back to where he belongs – with the first team. The first thing Graeme did was to make Miller the captain down at Brentford. That spoke volumes of what Murty thought of this nonsense and it also kept his credibility with the player and his agent.

Meanwhile club PR boss Jim Traynor is a very intelligent man who knows Miller extremely well and he is also knowledgeable about football matters. He also knows exactly how the newspapers work and I don’t see James just standing back and allowing this ludicrous situation to fester any further. I suspect he had a word with the board to put an end to the rubbish being spread without a shred of evidence.

I played football with James Traynor for the Herald newspaper team and he was a very talented centre forward who could read the game brilliantly and score all types of goals.

He was and is a brilliant writer and I always appreciated the honesty in his work. He speaks his mind, so you knew where you stood with him. He only wants the best for Rangers and this was even before he was under our employ.

Dave Baldwin, who is Miller’s agent, has scotched any suggestion that Kenny was the source of any leaks. Posting on social media on Tuesday morning, Baldwin wrote:

“The ‘inferral’ that Kenny is anything other than one of the best ‘professionals’ of the last 20 years is a joke.”

Baldwin is very unhappy with Pedro’s behaviour in this matter and shocked that Miller couldn’t even make the bench and yet, Dalcio did. Please notice that Baldwin at no time said Miller was not fit for Friday night’s excellent 0-3 win at McDiarmid Park, as we covered recently.

By not putting Miller on the bench, Pedro took a gamble that Rangers were going to win this must win 3-point-match.

This time his wager worked, but it was a petty way to behave. The saga is becoming quite a shambles and is only staining the progress we hope to be making.