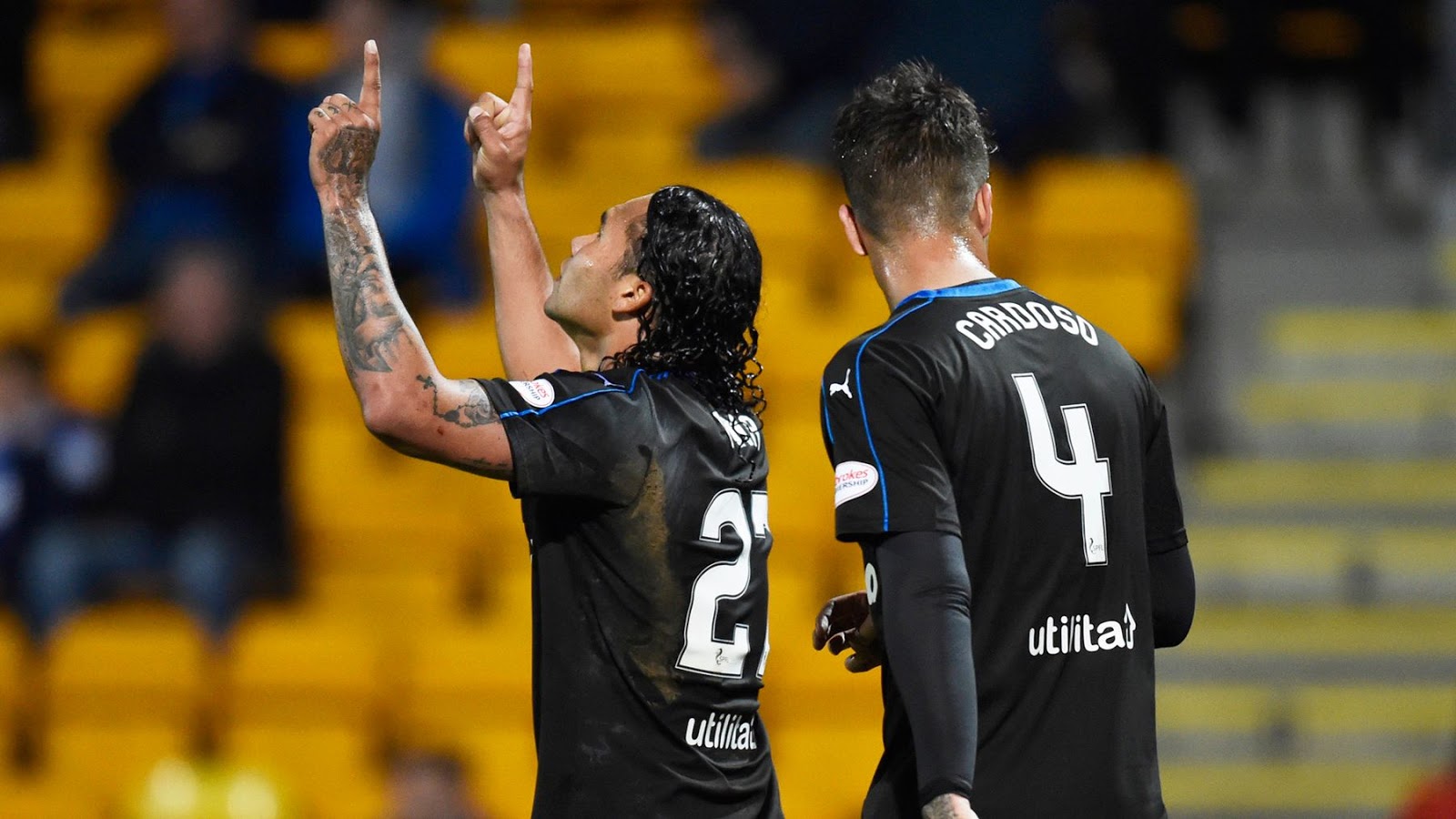 If Ibrox Noise is one thing, it is honest. We have complained non-stop about this Rangers regime, from the board, through to management, down to the players for some time now.

While we have given credit where it is due too, we have been especially scathing of the current predicament at Ibrox, being more critical than we want to of the team we support.

But until we faced St Johnstone last night, Rangers under Pedro Caixinha had genuinely produced zero full convincing 90 minutes in any competitive game of gravity, and nothing but disappointment (bar the Aberdeen win at Pittodrie) against the better teams in the division.

That all changed last night, and boy did we enjoy it. We do not wish to knee-jerk react and say all is fixed. It is not – we would be naïve and gullible to assume it is.

But this was the first time a Pedro team had taken their game to a top four side and produced a mostly convincing performance over the full duration of the match to earn three truly deserved points.

This might just have been the match that changed things for this regime – and finally rewarded those who had patiently given the team and manager time, while making the detractors such as ourselves look silly.

And we want to look silly. We want to be wrong. We want last night to be the start of the true restoration of the Rangers we know and love. Whether it will be, time will tell, but it was a bloody enjoyable 90 minutes in which so many elements finally kicked in.

First off, a special note to Carlos Pena. There was borderline mirth when Alfredo Morelos named him as the best player at Ibrox – while he has not quite convinced yet that he is, last night’s display was a colossal improvement from the Mexican – two excellent goals, and technically impressive involvement. His use of the ball was productive, and at times incredibly skilful, and he worked harder than he ever has. He was not deeply and constantly involved, and did fade a little late into the first half, but he woke up again in the second and might just have repaid Morelos’ flattery more than a touch. Keep this up, Pena will be undroppable. And I cannot quite believe I typed that.

Meanwhile THAT was the Bruno Alves we knew he was. He has been disappointing, no doubt about it, but the Alves we expected showed up at last. Dominant, strong, organising and leading, this was the strongest the defence has looked in a competitive match literally since 2012. Sure, there have been other matches where it has looked good too, but never one against a seriously credible team like St Johnstone, and on their patch. No, this might just have been our best defensive display in years, and the Perth men were restricted to just one good shot on target all night, and even then Wes really had little difficulty keeping it out. And it was purely because Alves seemed to have finally clicked with Scottish football. And what a pleasure that was.

But Man of the Match? Yeah, it has to be Graham Dorrans, or Dozza as he is known. This guy took up the DM slot and converted it to the classic ‘regista’ position as the Italians would call it – he dominated from deep, constantly stretched play, spread the ball out wide with pin point accuracy, and worked tirelessly. He orchestrated the best central midfield display we have seen from a Ranger in years. This was truly exceptional stuff and, again, was the Dorrans we originally believed we had signed.

Most of the rest played a decent part too – John and Tavernier provided constant width, albeit both defended very loosely too – both are essentially wingers, and struggled to repel attacks – which saw Alves heavily involved but nevertheless more or less impenetrable, while Candeias did help Tav out as did Windass on the other side, but Josh’s forward play was once again poor. We dislike singling out weak spots on a night this good, but Windass continues to disappoint as an attacking force and we wish Pedro would drop him.

Holt centrally was not massively involved but did tirelessly work off the ball helping create space especially for Dorrans – his work was less obvious but important. Meanwhile Cardoso had a patchy night – some good work but some less so. He was completely overshadowed by the near-imperious Alves, while Morelos’ dry spell up top continues and the Colombian struggles to put them away following that sensational hot streak.

But the positives outweighed the negatives. Pedro, you are a crazy fellow, but the team you set up and picked really did play for you last night. They fought, they harried, and they took their chances well. If there is dissent behind the scenes, it was forgotten last night as the kind of display we expect Rangers to produce finally showed up.

There is a huge way to go, but this is the first sign we can produce that level of play against a genuinely good side in a competitive match.

And if it continues, no one will be more pleased to have been wrong than Ibrox Noise.