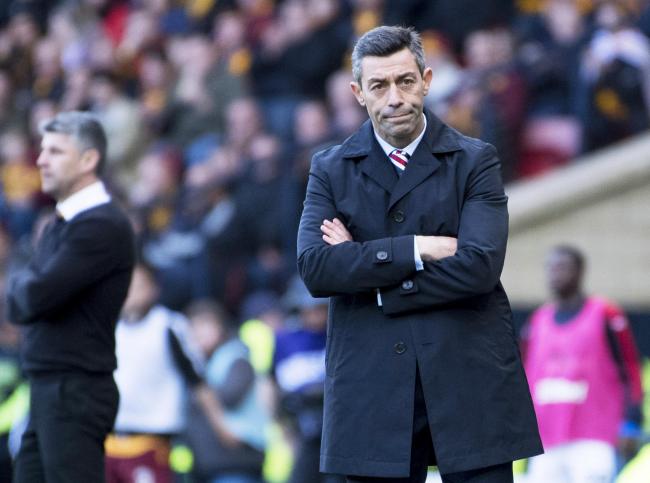 Pedro Caixinha still does not understand his starting 11 (despite announcing Wednesday’s yesterday). He continues to gamble that Carlo Pena will play well, and score goals to merit starting with him up front, in support of the hard-working Morelos.

Is there a Rangers supporter who rates Josh Windass as a left-winger with no stamina and no back-tracking skills?

I want to remove Pedro from the frontline now before Hearts and Hibernian eventually catch up with us for 3rd and 4th place in the league. As we are deteriorating, they are starting to improve. Under the guidance of Ped the Ted, apparently we are incapable of winning three-games-in-a-row.

Before you start to tell me that Rangers do not have the money to offload our inept manager, I will also come up with the cheapest management option:

Both men are already on the wage bill and both men should be used to capitalise on their ability, restore some Rangers pride back into Ibrox and into the job.

No more talking absolute nonsense. Get the team much fitter than they presently are. Tactics are poor, tackling is powderpuff and passing is neither slick nor quick enough and the heading ability throughout the team is incredibly inadequate.

There were two benefits to yesterday’s disastrous result against a small provincial town team with an even smaller wage bill to pay out.

1     We didn’t lose another 3 points in the league table to move down to 4th place.
2     We have also avoided another drubbing from the east enders of Glasgow in November.

Pedro has now presided over the under-dogs of Motherwell knocking us out of a Semi-Final of the BetFred Cup to add to the woeful Luxembourg European fiasco, and the 1 – 5 humiliating Celtic win at Ibrox. There is also the lost income for failing to progress further in cup-ties to consider.

How much more do the fans have to suffer before the board do the right thing and hold a crisis meeting to discuss the future of Pedro Caixinha?