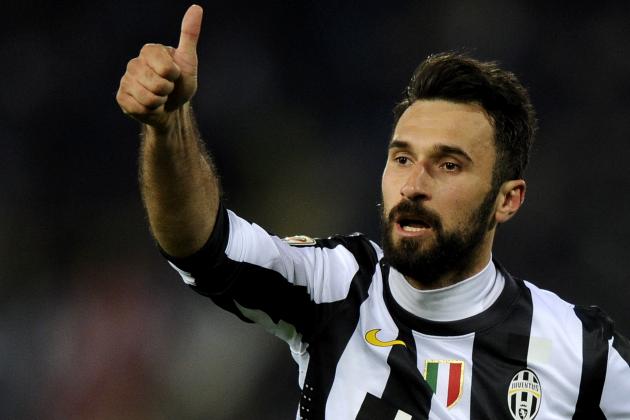 With Rangers’ options up front hardly screaming of an embarrassment of riches right now, it is an area Pedro Caixinha will surely be looking at for supplements.

Kenny Miller appears to be under something of a cloud be it injury or favour, Alfredo Morelos is on a cold streak and could well be a striker who lacks consistency in front of goal and Eduardo Herrera has not quite nailed down a first team place yet and has not produced enough when appearing.

In short, Rangers could use a real star front man to rely on and take the weight off the attack.

One such option could be an audacious move for former Juventus striker Mirko Vucinic.

The 34-year old Montenegran international is currently out with a cruciate ligament injury but before he succumbed to it was in astonishing form in the UAE with over a goal a game, and his CV is certainly a brilliant one with an outstanding record for Juventus, Roma and aforementioned UAE cracks Al Jazira.

Currently a free agent and recovering from said injury, the forward would be one hell of a statement for Rangers, with a real lack of firepower up front being something of a problem.

Fans reading this may wonder why we would take an injury crock – well the fact is a fit Vucinic is basically a world class forward, and if he can regain fitness could be a sensational capture.

After all, Swedish international superstar Zlatan Ibrahimovic’s injury did not stop Jose Mourinho re-signing him, and he is a year older than Vucinic.

Rangers options up front are thin, and yes, Vucinic would be a risk, but at 34, and lacking any options in his career right now, it could be a stunning gamble if the ex-Lecce man could regain some fitness.

One thing is for sure – a half-fit Vucinic would still absolutely destroy the SPL.