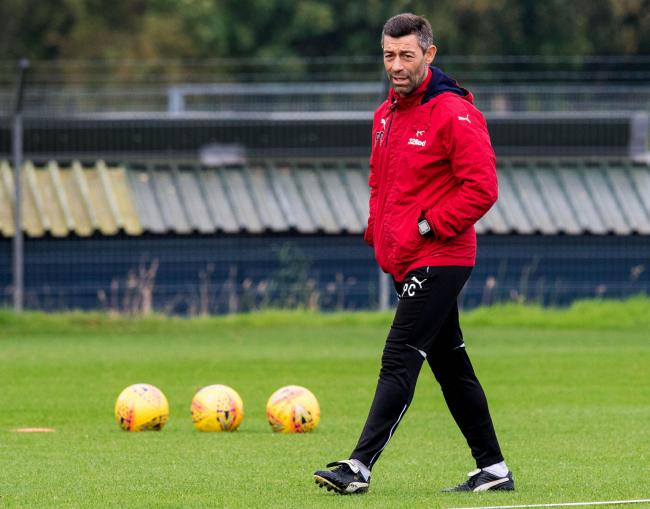 When summer marquee signing Bruno Alves was taken off injured a few weeks ago against Thistle in the League Cup win, it sprung a surprise opportunity for young Ross McCrorie to see out the rest of the match, including, as it transpired, an extra time period.

The young Auchenhowie graduate excelled and impressed all around him, aiding his men see out the match via an eventually comfortable 1-3 scoreline, and the 19-year old earned rave reviews and calls for a shout against Celtic.

Ibrox Noise was derided for supporting this notion, and as it turned out, he was one of our best players in a match best left forgotten otherwise.

However, the man he replaced, Alves, is back and fit and assuming Pedro plays his preferred first-teamers, we have to assume he will start.

With Alves returning next week from international duty, and only just having regained fitness after that calf injury, might Caixinha take the strong decision to bench him and continue on with McCrorie?

Alves has not been impressive since his arrival in Govan – few Bears would argue with that opinion. His CV is stunning and we have huge respect for his career, but his performances thus far have been less than inspirational and we have to call that.

Ergo, is there a very real chance he could miss out on a number of levels (form, rest, fitness) and McCrorie retain his place?

It is even possible fellow injury returnee Danny Wilson may find himself called into action for the trip to Perth to partner Fabio Cardoso – and while there have been a few criticisms of some aspects of the 23-year old ex-Vitoria de Setubal stopper’s recent displays, he is someone who has impressed most fans by and large since his arrival and is likely to retain his place on the right.

So could Alves lose his, and McCrorie remain selected, or Wilson take that berth?

Caixinha has a heck of a lot of selection dilemmas. Defensive midfield we have covered, and the space behind Morelos is one we shall look at in due course too.

But a team is built from its defence – whoever the pair at the back ends up being on the 13th, we must hope Pedro gets the call right.