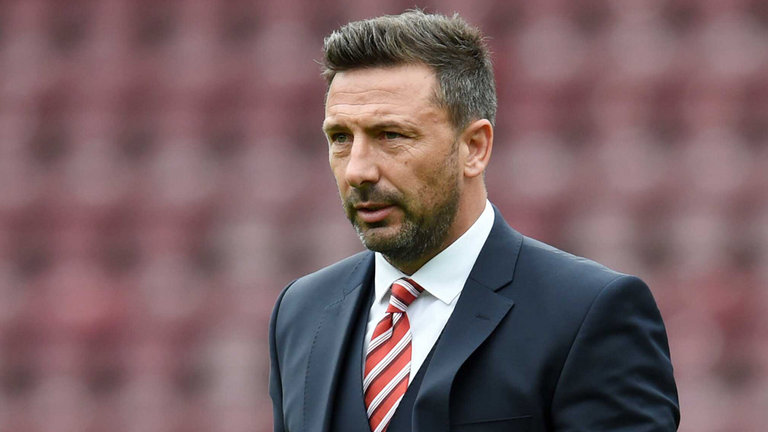 Aberdeen manager Derek McInnes has added fuel to the fire of the Rangers job by refusing to rule out leaving Aberdeen.

The Dons manager is currently heavy favourite for the post at Ibrox, and while many media outlets are claiming his comments ‘play down’ the speculation, the critical absence of an explicit rejection of any overtures from Govan or inability to say he was staying was extremely telling.

“I’ve never been drawn on any speculation in the past and I won’t change that now. I’ve been linked with different things in my time here and nothing’s transpired. I signed a new contract in the summer and I’m very happy being here, as I’ve stated often enough.”

And as mentioned, the clear absence of outright rejecting the Rangers job was telling.

“I don’t want to be drawn on speculation. I think it’s sad that we’re not even out of October and we’ve lost four managers out of the league already this season. That’s a third of the managers working. I was disappointed to see somebody lose their job but for my own sake I’m only concentrating on tomorrow’s game against Ross County. My job is here at Aberdeen. I’ve stated often enough how happy I am here and nothing changes from that.”

This will not make the most pleasant reading for Aberdeen supporters – with all the news swilling about McInnes and his red-hot favourite nature for the job, he had a good chance to outright dismiss the potential of Rangers or leaving Aberdeen.

But he did neither, only saying he was happy.

Evidently if Rangers make a move for him, McInnes seems extremely likely to listen to their offer.