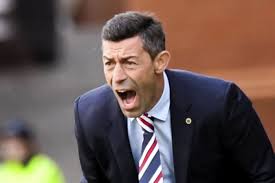 These are just six of the players who found themselves on the outside looking in once Pedro Caixinha took charge. For various reasons, be it personal fall outs, disagreements, differences in philosophy or the good old ‘not rating him’, all of these guys were either ditched, sold, or loaned away.

Once Pedro had made his mind up about a player, that was it. Hill was slightly the exception, in that the veteran defender still managed to get some appearances, but he was not in his manager’s favour and one of Caixinha’s first decisions was to not offer the big ex-QPR defender a new deal.

So, as we know, up till this point – once you are out, you are out. And when Kenny Miller joined the ranks of those ditched to the youths or otherwise ‘expelled’, that was it. Game was up.

The 37-year old’s love affair with Rangers was officially over.

Except, it was not. In a drastic and seismic shift with previous policy, Kenny Miller has been restored to the first team squad. We have even seen he and Caixinha engage in entirely constructive dialogue since the mayhem began a couple of weeks ago, so if there was ever any kind of problem between the two, it is water under the bridge now.

And that really does signal a significant change for Pedro’s previous Iron Fist. This is the first time he has cast out a player then relented and brought him back.

There are so many portions to this though, and we will try to sift through them.

There is the off-chance the whole thing was a nonsense lie spouted by a certain national publication, and that Miller’s absence from the senior squad was purely form related. Miller was/is in poor form – few can argue with that, and his temperament on the pitch was suffering a little. There is every chance Caixinha was actually guilty of good management by asking the veteran striker to recharge himself in the youths and regain his focus.

We also must confirm we never, to this day, received absolute verification that Miller had indeed been cast away. Pedro never corroborated it, Miller himself said nothing, and indeed the only evidence to hand that Miller was with the youths came from the same publication. We know that publication is banned by the club, and admittedly no one ever denied the truth of the story, but nevertheless ‘you cannot believe what you read’, right?

However, if we assume it did happen, then the flip side to good management is the genuine possibility that Kenny Miller commands more respect than the manager does, and Pedro was effectively left with a situation on his hands where his authority was undermined due to his actions, and he felt forced to restore the striker. That would certainly hint that Caixinha is vulnerable, as a few sources have suggested, and by ditching Miller, he only made that worse.

As we have seen with Barry Ferguson’s latest interview with Open Goal (in which he confirms there was no fall out or bust up with PLG back in the day) you cannot assume the tabloid tales are true – we cannot know what really happened with Miller and Pedro, if anything, but we do know Miller is most definitely in contention for selection on Friday, and that is one hell of a turnaround from seven days ago.

We just wonder why…