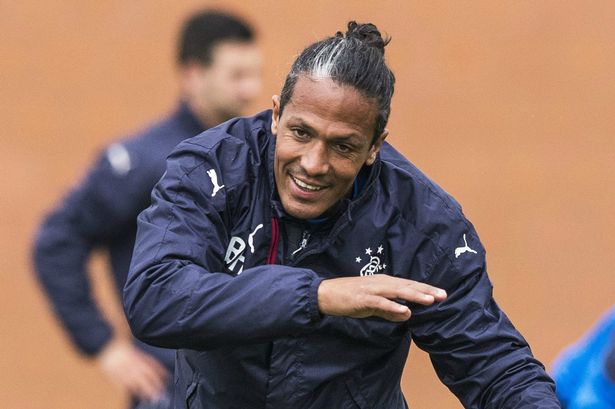 If one thing stood out head and shoulders above everything else last night, it was Bruno Alves’ leadership. This was his first proper appearance as Rangers captain in the continued absence of regular captain Lee Wallace, and having watched the Portuguese stopper’s sterling display, not only will Wallace be wary of Declan John’s ability to take his slot at left back, but now there is a serious case that the ex-Porto man is a strong shout for relieving him of the captaincy too.

It is a tough subject to broach – Wallace has carried himself, his role, his conduct in general with distinction and dignity, and we all know what he essentially gave up to remain at Ibrox.

It was with joy that he received the captaincy permanently in 2015, and it was well-earned and well-deserved, but with John’s impressive wing play on the left looking every inch as solid as his own, and Alves’ superb leadership qualities complimenting his own defensive prowess, there is only so much room for sentimentality at Ibrox.

We love Wallace. We respect him. We feel few have given Rangers more. And yet going by what we have seen at left back and in central defence recently, he really is looking vulnerable to losing both his place and his role.

We are not advocating him losing these, but we are in favour of the stronger options being preferred. It is obviously the same thing, but it is less than we wish to relegate Lee Wallace, and more we want and need to see Bruno Alves as captain.

The fact is the guy is a born leader. Sometimes he does get too involved on the pitch – a few too many stramashes see the Portuguese colossus get needlessly involved, in a manner a tad reminiscent of David Weir back in the day.

But both are and were leaders, and while we have said our piece on Weir’s coaching time at Ibrox, his playing days were respected and his leadership valuable – which is why Walter made him such a priority signing way back when.

Alves is clearly Pedro’s Weir, and is capable of being as much a captain as any of Rangers’ finest through the years.

Wallace needs to earn his place back. He cannot waltz back into the team and simply take John’s slot. He also has to prove he is worthy of retaining the captaincy – truthfully, Alves is the natural leader, a big guy everyone respects and who clearly organises those around him.

Last night we saw the real Bruno Alves. The real captain. It would really be best if he kept the armband.

The rest of the puzzle will hopefully fall into place, but for now, Wallace remains some way off a return and it is a slight moot point.