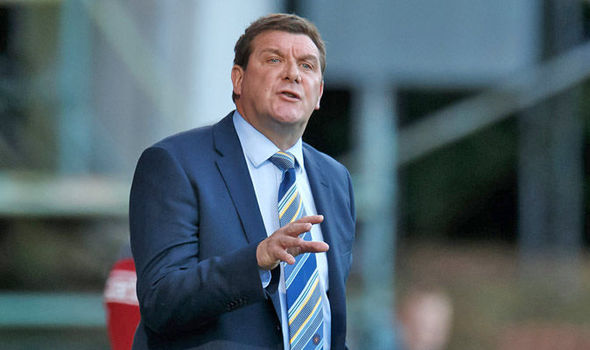 With Pedro Caixinha’s Rangers future hanging by a thread, it is time to take a serious look at who can replace him. None of these left-field appointments which make no sense, no more of your Mark Warburtons or Pedro Caixinhas please – a real manager who knows Rangers, the SPL or both, and who can organise this honestly not atrocious squad into something akin to the sum of its parts.

Ibrox Noise takes you through a rogues’ gallery of our best options:

The easy and cheap option:

Graeme Murty and Kenny Miller. Miller will be absolutely disgusted at what is happening (having been treated like dirt) and quite honestly the guy is a total pro who would be a perfect assistant to the restored Graeme Murty. Is it good enough long term? Probably not. But it would bring a bit of order back to the club and my good friend Richard is correct to suggest it as a short term fix.

His St Johnstone have punched well above their weight for seasons now. Sure, right now they basically are a bit mince, having lost momentum, but he is a manager who has admitted he has his eyes elsewhere and also admitted he would be delighted to be the Rangers manager. Another one who can organise his resources to get the most out of what he has.

Scotland’s most sought after manager, arguably, McInnes has exploited Rangers’ absence from the SPL to become a firmly established best of the rest at Pittodrie. His Aberdeen have seized their chance and he has compiled an excellent team who justifiably sit second – he knows Rangers, he knows the SPL, and he would be a very good possibility.

He has signed 18 players and nurtured them into essentially one point off third place inside 3 months. He can take no budget at all and get something out of it, and clearly his Motherwell players run through brick walls for him. Another fine option if Rangers’ board want to open their eyes.

The traditional favourite – this option was given to the board directly in consultation with people who know Rangers and they ignored it. It might be time to listen now. Long term? Probably not – but Eck has an uncanny ability to give a 6-12 month boost to ailing teams and get them punching above their weight. It all then usually crumples after that but he could certainly take till the end of this season to get this team doing something worthwhile.

Think Bolton. Think Sam’s classic bruisers. That tough, midtable EPL Bolton team who played hard football and frequently damaged the big boys. Tell me that is not a bit of the dig Rangers need? He knows how to get modest resources organised and Rangers need that desperately.