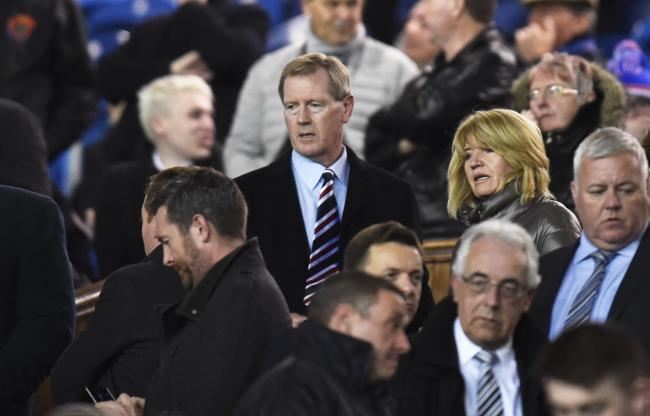 When Rangers last lost their manager in February, fans rallied for the likes of Derek McInnes, Alex McLeish, Tommy Wright and even Uncle Walter to come in, steady the ship, and bring Rangers back to the surface.

As it turned out, the diabolical Pedro Caixinha was chosen instead, in a disgraceful piece of neglect and risk taking that has cost Rangers dearly.

However, prior to his appointment, Rangers had a surprisingly safe pair of hands, guiding them through the pitfalls of not having a manager – that man was of course Graeme Murty.

Once again the Rangers Youth coach is at the helm, and having clearly learned a great deal from his first brief stint as interim coach, is doing a grand job second time around.

While his Rangers lads started slow at Murrayfield on Saturday, once King Kenny scored the first, there was no looking back and the visitors stormed out comfortable winners in the end against a reasonably in-form Hearts side (Edinburgh derby loss notwithstanding).

So Murty’s second debut really went rather well, thanks very much, and there is just a little murmur, even if not a strong one, that Rangers could do worse than he as manager.

Murty has had seven matches in charge of Rangers – he has only lost two of them. And if his start this time around is anything to go by, he could well be a very safe pair of hands indeed.

He spoke magnificently pre-match at the weekend, and clearly has taken on board his experience of last time. And equally the players played for him once that first goal went in. Yes, the early stages of the match lacked direction and passion, but once Lafferty put the hosts in front, the fire in the away belly got going.

And that ability to fight back was immense – this team has done it before, for the last manager, at Hamilton. But Hamilton are mince, to put it kindly – Hearts are gaining some momentum.

Murty for manager? An Ibrox Noise poll has him as one of the least favoured options but truth be told he has not let us down any time he has been called upon.

He probably will not even be in the board’s consideration, and in many ways that is fair enough – but Ibrox Noise expresses its thanks to him for taking the temporary role, carrying it well, and even getting his men to play a bit.

But if the unlikely happens and Murty gets the job – would he really be that bad?