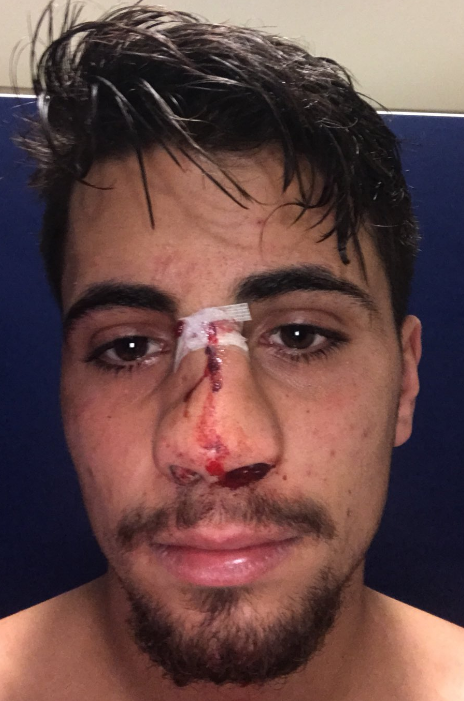 Motherwell striker Ryan Bowman has taken the hilarity of comments like ‘it was not my fault, his head attacked my studs’ to a new level claiming Fabio Cardoso’s shattered nose was to blame for existing while the Steelman lived up to his team’s moniker and crushed it.

In truly comical deadpan mode, the forward has claimed that Cardoso’s face is to blame for being where it was, as opposed to the fact the striker led with his arm and clearly smashed the Portuguese in the coupon.

When even Chris Sutton describes a challenge as ‘unacceptable’ you sense it probably is.

Bowman hilariously said (with not a hint of irony):

“It’s the way I jump. I use my elbows for leverage. Most strikers do that. I outjumped him but his head hit my elbow.”

Poor Bowman’s elbow, being attacked like that by someone’s vicious noggin. Fabio should be ashamed of himself.

I would say he is lucky he escaped red but alas the stuff was all over him as he staggered off for treatment.