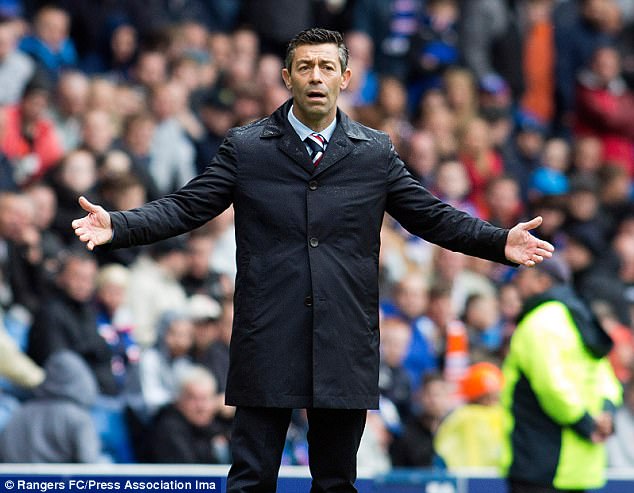 If there is one huge elephant in the Rangers room right now, it is the Kenny Miller shaped one.

From hero, to villain, to ‘hero’ again in the space of a few days, the 37-year old striker was seemingly dropped from the first team squad and forced into the youths, captaining as he did Graeme Murty’s lads in a 5-2 demolition of Brentford.

The fact is, and we recognise this on Ibrox Noise despite being huge fans and admirers of the player, that Miller’s form for the seniors this season has been less than vintage. Outstanding last season and contributing some colossal goals, Miller’s displays this season have been sub-par by his standards, and when we dared to point this out two months ago, we were met with some massive resistence – honest enough souls who slightly misunderstood the piece and ferociously defended the man with gusto.

We were pleased to see the response – despite the personal slurs aimed our way, it appeared fans were, like us, huge admirers of Miller and showed him great respect.

Until, that is, Pedro Caixinha dropped him.

Truth is, we will never know the real reason why. We do not know if there really was a bust up behind the scenes, whether Pedro was just unhappy about the placement of an armband, or whether he simply decided to give Miller a rest then put him in the youths to refocus his energies and regain his form.

Lest we forget, he actually appeared nurturing of his charge when explaining why he was axed for the Thistle cup tie – he simply wanted the man to put his feet up and forget football for a while.

This did not sound like the words of a manager who suddenly hated the player, but the words of one genuinely trying to man-manage him.

Unfortunately, the whole thing created quite a ruckus in the support, with fans taking sides believing it to be a fall out – and sadly two thirds took Pedro’s side without even knowing the facts while many slurred Miller with every profanity under the sun.

But when all is said and done, Pedro has a big call to make. We know about his dilemma in defence, with Big Bruno in action tonight against Switzerland (the big man finds himself on the bench), the ex-Cagliari man is surely unavailable for Friday, and ditto his junior team mate Ross McCrorie, away on duty with the Scottish youths.

But this attacking dilemma is straight-forward. Does Pedro start Kenny Miller as his number 10 (apologies for mixing our 9s and 10s up last time folks) given he is surely the best short term option there and show the world all is truly well with the former Derby striker?

Miller’s form has been off colour for a while and this enforced break could have brought his juices back – no one would be more keen to prove he has still got it than Kenny.

Or does Pedro persist with the utter flop that is Carlos Pena so far? The Mexican has been pretty miserable to this point, and it does seem to be a straight choice between the two for that slot despite the options Caixinha has.

There is of course the small caveat of Miller’s involvement in a court case right now, something which is likely to weigh on his mind a tad albeit he himself is not the accused, and his manager may wish to alleviate any variables which could affect his players by omitting him from the squad.

Equally though there would be no better way for Miller to take his mind off ugly off-pitch legal affairs by playing for his club and banging a goal or two in.

We would choose him, but of course, it is Pedro’s call.