Home Rangers A new beginning? Good luck to the new era at Ibrox 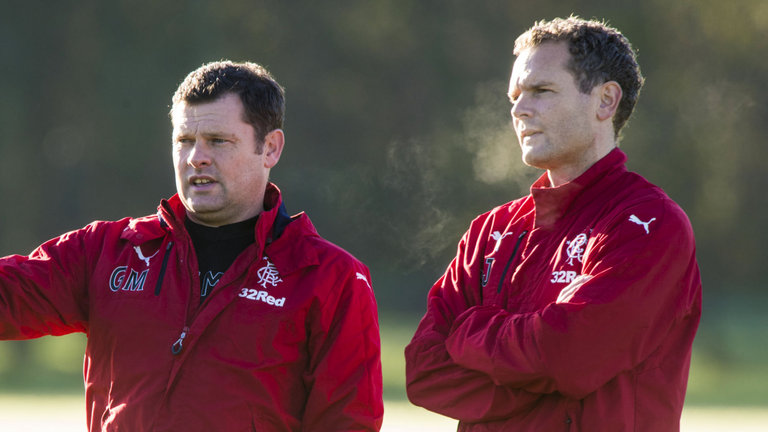 With ex-manager Pedro Caixinha’s diabolical Hispanic revolution now a thing of the past, today’s trip to Murrayfield to face Hearts takes on an all new complexion.

Caretaker manager Graeme Murty will be flanked by Jonatan Johansson as assistant and wholesale changes would be thoroughly welcomed for the first team.

It is worth bearing in mind though the last time Rangers parted company with a manager and Murty took charge, he kept mostly with the existing team. But with half of Rangers’ issues being due to the influx of struggling overseas players, Ibrox Noise proposes a starting XI for this weekend’s crunch fixture (are they not all) which might just give us the organisational steel needed.

There is little to choose between Alnwick and Foderingham although we would probably prefer the former, so while we would select the ex-Port Vale stopper, Foderingham is fine too.

Something a bit different. Has a bit of steel and fight, and right now is probably our best XI. Frankly I would have few Pedro signings bar the front two anywhere near the XI but I am happy to see any team start. Even previously on-fire Morelos has been awful in recent matches, but hopefully the restoration of Miller will get the best back out of him.

Ryan Jack is appealing his red card so will be available, but we would prefer him on the bench. He needs to get his head sorted so he can focus on football rather than losing his discipline.

But most of all we are just happy to see a couple of safe pair of hands in the dugout today – Graeme Murty might not be Sacchi, but he has carried out his duties with dignity and aplomb, and given the spotlight when he did not really want it, managed nevertheless to keep Rangers afloat at a time we needed a captain the last time he ended up in this role.

Meanwhile Johansson scouted Morelos, who has certainly livened up Scottish football, and in his playing days, media days and now coaching days, the Finn has also carried himself in the class of what we would expect of a Ranger.

We wish them, and whatever XI they select, even if it is filled with Pedro signings, the very best of luck and hopefully this is the start of the Real Rangers at long last.

What are your suggestions though guys, who would you like to see line up in the famous Light Blue shirt today?