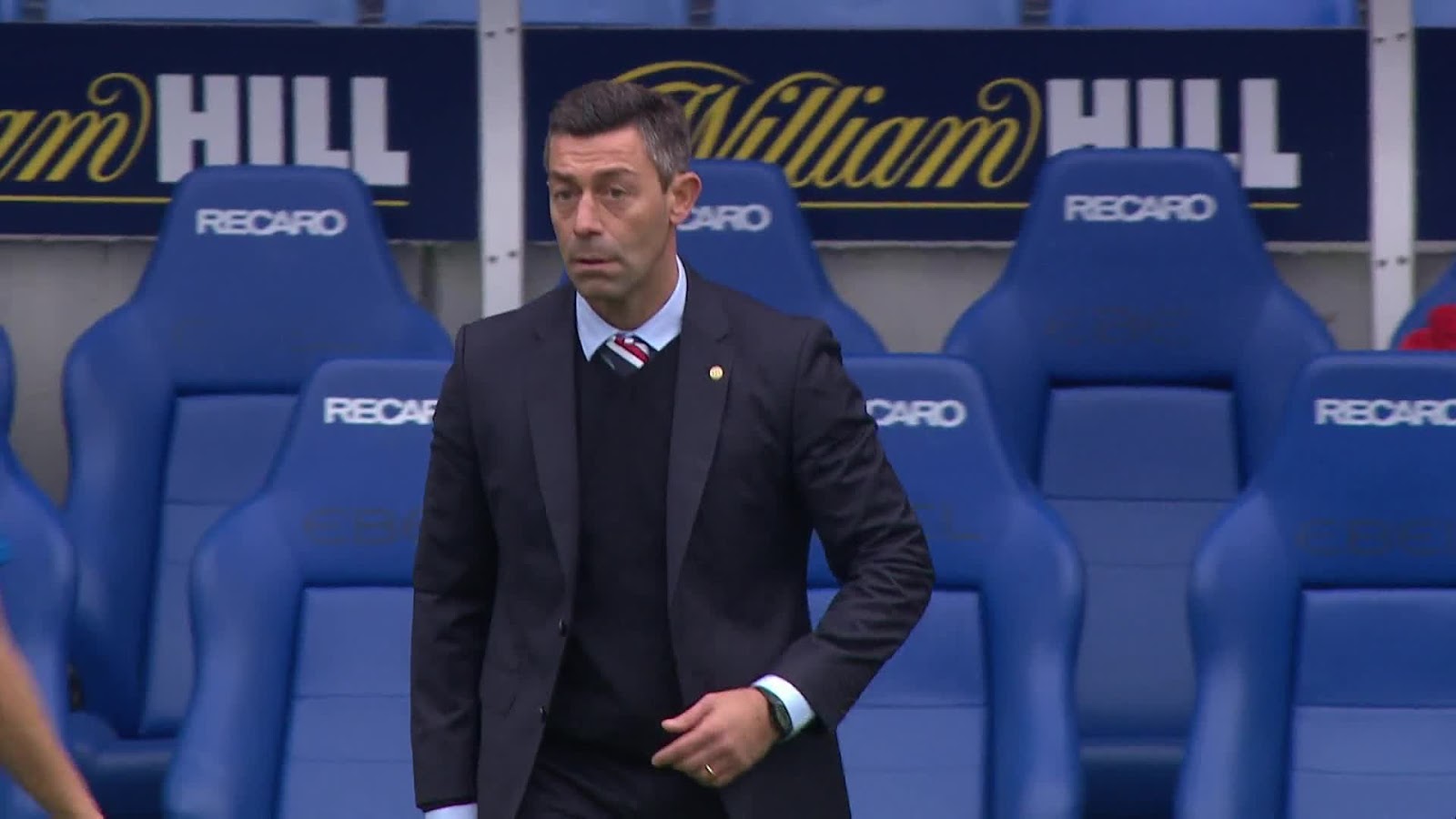 The Rangers board took an inexcusably huge gamble by making untried Pedro Caixinha the new man to take over from another experimental ‘Gers manager in Mark Warburton.

If Ped the Ted is ever going to be a success at Ibrox, he must start winning a minimum of three games in a row – to have any semblance of success at a massive club like Rangers.

It is impossible for a Rangers manager to win the league if he cannot buy the right players to put on the park and then have the talent and common sense to choose the right ones to start the games.

This Rangers team are simply not fit enough for a start. Against a fast, fit, Celtic team, they look so slow in comparison and in almost every position. They have to up the fitness programme now.
We see the odd picture of them playing heady tennis – not good enough!

Walter Smith and Dick Advocaat used to win about seven out of nine games, draw one and usually lost one, but even that may still not be enough to win the league this year with Celtic seemingly capable of beating everybody so easily in the weak, appalling hustle and bustle of the poor footballing SPL.

We will never have a side to compete with Celtic and Aberdeen under the guidance of Pedro, if he doesn’t learn much quicker than he has so far. Personally, I don’t think he has got what it takes!

I am willing to go right out on a limb and make an honest opinion of my account of the disaster that I predict will happen to Rangers in the next catastrophic six weeks, while we wait for the team to gel together. I have no faith in the manager whatsoever – there I said it!

This is not the view of the other writers of Ibrox Noise, it is entirely me being a smart ass.

Many of our Ibrox Noise comments think Pedro deserves to receive a longer period in charge before he eventually gets the sack – why? If he doesn’t have what it takes, admit it and cut our losses. He talks a lot of rubbish and I find it very embarrassing.

I have been a blue nose for 60 years and I passionately love Rangers just as thousands (no millions of us do). I genuinely care what happens to us from week to week. It is full of highs and lows, and let’s be honest the last 6 years have been an absolute hell for us all.

This Friday we play against a very ordinary, tough, stuffy, hard-working Hamilton team away from home in another tense fixture that Rangers must now win. We will have to play much better than we did in our last 3 games to earn another 3 points, especially with the way we are playing at the moment.

We have a week off for more international games before we arrive at Perth to take on St Johnstone in another must win game, followed by the extremely important home match against 2nd placed Aberdeen.

If Pedro can win all 3 of these matches, it will place us in a much better position than we have been in for a long time and he will be given more time before the inevitable chop.

The panic button is not far away from being pushed, but I know it is coming, it is only a matter of time! Winning three games in a row has so far alluded this Rangers manager and he requires a five or six-wins-in-a-row run up to the Celtic Park game at the end of December, if he is to survive as the light blues boss.

We are 8 points behind already – do the board press the button now? – NO. They will bottle out of it rather than admit they got it all wrong – again! Will they wait until we are 16 points behind before getting shot of him? – YES. They can then say “The board gave him every chance to try and prove that he was the right man for the job”.

The Rangers fans cannot even trust the manager to pick the right side to put on the park. How many people would have started Pena against a fast Celtic team? Very few, if any! Tavernier was always getting the run-around from the excellent Sinclair and Hodson was totally terrorised by the brilliant Man City owned Roberts on the right wing.

It is not all Pedro’s fault due to Mark Warburton signing too many players that were not good enough to wear a Rangers jersey. Pedro was forced to go for more quantity in recruitment rather than the quality of players a team the standard of the ‘Gers requires.

If we had brought in ex-Ranger Derek McInnes from Aberdeen he would have signed cheaper and better options as he is used to working with lower budgets and he can still whip Rangers to land his team a 2nd place in the league. If he had joined us, it makes us much stronger and leaves Aberdeen much weaker – a no brainer!

Oh – except to our current board who prefer to take unnecessary risks. If you want to gamble – go to Las Vegas and don’t dare gamble our season ticket money ever again. Please take Pedro with you – very soon!

This may all sound knee jerk but I think it’s safe to say we’re all a bit fed up at Ibrox Noise with how things are going. Where do you, the readers, stand?