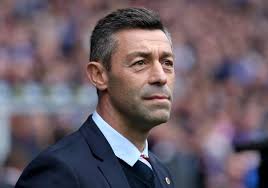 As we hinted at (but could not say who), Kenny Miller was banished to the youths over the past 24 hours following some kind of ‘uprising’ against manager Pedro Caixinha.

Quite simply this ‘reign’ is at an end. This is the fourth player now in three months (following Barrie McKay, Michael O’Halloran, and Harry Forrester) to be axed in this way, and frankly whoever is right and whoever is wrong in this shambles, Rangers fans deserve far better than the circus in front of them.

As Ibrox Noise has said from the start, Pedro was the wrong manager, but it falls on half the board who appointed him and not the man himself.

As my colleague Greg Roots pointed out – Caixinha’s win rate at Ibrox is about the same as he has had everywhere else and as such we are not getting any worse or better than he has ever done before.

But it beggars belief as to what drove certain board members to want this guy, because Rangers have fallen into absolute disarray over the past six months, with an escalation in the last three, and it all centres around the manager.

Is it right that some players have spoken out? It reeks of the Barry Ferguson and Paul Le Guen saga. We at the site have compared Pedro to PLG a few times, and events are chillingly echoing what happened over a decade ago.

We travel to Hamilton tonight, and a win would be nice, but the sooner we have a real manager the better – equally, as Richard said, the board who selected Caixinha have made a grave error and are accountable – he says they should resign, and it is hard to disagree with that.

We absolutely do not pin the blame on Pedro alone – the wrong appointment, and if one more Bear says ‘get behind the manager’ we have to wonder why?

The real question is how certain board members made a call that was in no sense in the interests of the football club they deign to run.

Pedro is not a bad man but he is the wrong man, and Rangers have wasted another six months thanks to appointing him.