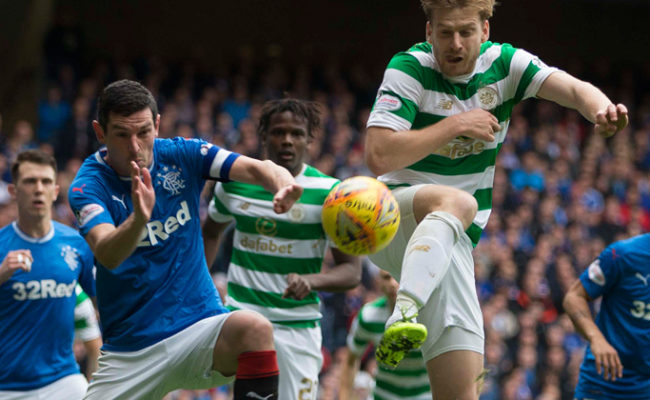 If there was one signing that absolutely united Rangers fans this summer, it was the capture of another one of us in the form of Graham Dorrans.

A former Scotland international, this was a classy midfielder with bags of top-flight English Premier League experience and still only just scraping 30 years of age.

The saga to get him north lasted for some time, but every Bear to a man and woman were overjoyed to finally clinch it and we were certain we had a real midfielder to compliment Ryan Jack perfectly.

Unfortunately, while far from poor, Dorrans has been unable to execute himself in matches in the way he would have wanted, and many fans argue he has played far too deep in midfield for the style of player he is.

And if we look at the best he has produced at Ibrox, that seems to be backed up – Dorrans most vibrant matches have seen him produce three goals – Motherwell on the opening day in which he grabbed two, and Partick recently with that 25-yard scorcher.

Therefore why is he playing so close to Jack?

It is true the guy is adept at playing in any position in the front two thirds, but his strongest slot is in the free-roaming area behind the attack where he gets to support the strikers in front and the midfielders behind, while getting into great positions to finish off with goals.

In short, Dorrans is a ‘Frank Lampard’ type, and does his best damage the more advanced he is.

So why is he so close to the guy who does the other side of midfield, the harrying, the blocking, the pressing, the holding? Why is he closer to Jack than the number 9? It seems a little puzzling that we spent all summer chasing Dorrans, getting Dorrans, only to now play him slightly off his strongest position ergo not getting the best from him.

We surely knew what kind of player he was – we spent long enough chasing his signature, so if this team is to getting firing on all cylinders, that is at least one area surely we need to look at?

If Pedro is to succeed, whatever we think of his chances, he needs to look at his players, deploy the best ones, and put them in the slots they will do the most damage. It is pretty basic stuff – if you run a 4-4-2 you need two wingers. You need one DM and one CM/AM. And to play all four of these exactly in their positions.

Pedro has admitted that in the cases of both Niko Kranjcar and Josh Windass as left wingers it is about letting them cut inside to where they are comfortable. Which is a problem – he essentially confirms neither are happy on the left wing and need to alter their own position on the pitch in order to do damage.

Such management is a bit confusing at the best of times.

And if Graham Dorrans is to play at his best, he needs to play in his best position.

It is not rocket science.