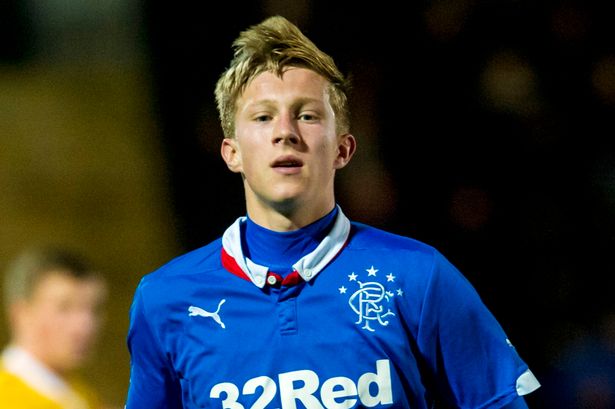 The odd thing about Bruno Alves’ injury is while no one ever wants to see an injury to a player on their team, the Portuguese’s performance had hardly merited his inclusion in the ‘indispensible’ column – not unlike previous matches he had been off the pace, outmuscled by an opposition striker, and seemed lacksidasical.

So when we saw him taken off, it was not with the fear I expected. The only puzzle is why senior defender Danny Wilson was not used as his replacement.

Two minutes into Ross McCrorie’s appearance and we could see why the 19-year old had been selected to replace the team captain.

Pedro Caixinha has said something utterly irresponsible this morning:

“Ross McCrorie is going to be one of the best centre-halves in history, not just for this club but for this country.”

Appalling comment and ridiculous pressure to put on the young man – but that said, on the merits of the display he put in, it makes a joke of those who reckon David Bates is good enough, or that Alves needs more time.

Once the 19-year old was on, he read everything – the lad soaked up all aerial pressure, complimented Fabio Cardoso perfectly, and put in plenty timely blocks.

Conor Sammon frankly owned both Cardoso and Alves. The Irish hitman had a field day – once McCrorie was on he disappeared completely and the game changed.

The addition of Jason Holt helped too – Carlos Pena’s laziness and inability to press opponents allowed far more through the middle than was healthy, something which Holt’s mobility and running shored up nearly instantly too, but McCrorie made the defence watertight and for the first time this season an opposition side was rendered impotent.

You might say ‘it was only Partick’. Yeah, Partick that our defence had struggled against until McCrorie showed up.

Pitch him in against Celtic? Why the hell not? He and Cardoso seem to be our best defenders – and if we do play four at the back I trust him already more than I do Alves.

If we go a three I would add Danny Wilson for his experience, albeit with Alves’ injury it may be a moot point anyway.

But the truth is Ross McCrorie really was a bright spot last night – a defender who could defend and who made the entire backline robust.

I am not turning on Alves, but for me, he needs to earn his place back – and right now going by McCrorie’s cameo, he is the one who needs to be dislodged.