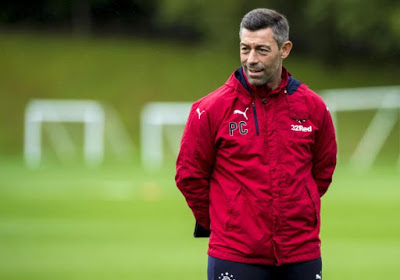 Following a patchy start to the season, Pedro Caixinha will be eager to claim a second win in a row this weekend when his men host former Ibrox hero Neil McCann’s Dundee.

Rangers have managed two wins of four so far, and are under modest pressure to get some momentum, but with the County victory still not managing to persuade many that form is on its way, what XI will Pedro go with to seize a bit of continuity and try to get that second win and make the international break count?

Ibrox Noise proposes the following XI is likely to be his best choice, with just the one change.

In goal we cannot see Wes Foderingham failing to show up, just like defence will continue as James Tavernier, Fabio Cardoso, Bruno Alves and Lee Wallace.

There had been a little doubt over the veteran Portuguese after he had been taken ill for his country’s first World Cup qualifier of the double header, but he appears to have fully recuperated after starring for the Selecção in the following win over Hungary.

In midfield the trio of Daniel Candeias, Ryan Jack and Graham Dorrans should take their usual slots, but Niko Kranjcar is set to find himself on the bench with a debut for new signing Declan John on the left.

Up front it is likely to be Kenny Miller and the increasingly impressive Colombian Alfredo Morelos despite Eduardo Herrera bagging a goal at Dingwall.

So, your Ibrox Noise XI:

Is this Rangers’ best selection possible? Would you guys make any changes to this?