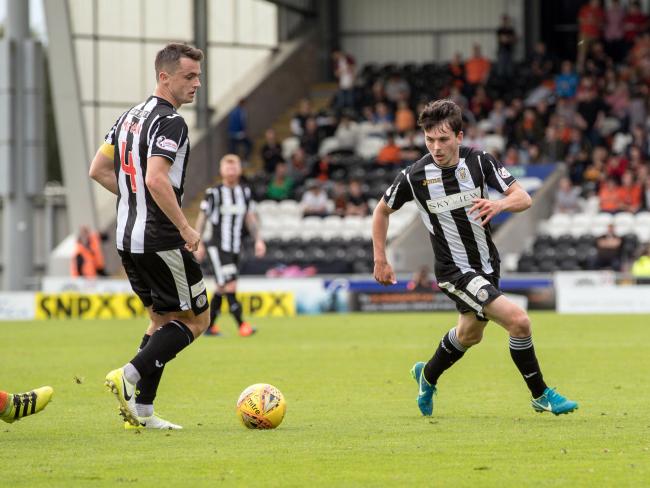 Earlier this summer Rangers joined Celtic in being reported as interested in St Mirren’s 20-year old midfielder, Lewis Morgan, and that interest has resurfaced in the past week.

Impressively joint third in the Championship’s top-scorer list, the young engine room man is said to be interesting a group of clubs, with the Old Firm pair at the top of the pile, and Burton Albion had two bids rejected for his services earlier in the year.

He would be more sensible to opt for Rangers, in truth, as he is infinitely more likely to get playing time, and admits himself he is ambitious, but is enjoying St Mirren, for now:

“I love working with the gaffer (Jack Ross) and, obviously, when there is interest in you, then you just have to make sure that it doesn’t turn your head. I’ve got a job to do here while I’m under contract. I’ve got another year and until the club want me to go, then I’m here to play. I’m a player that tries not to get my head turned by it and I will always give 100 per cent. I’ll leave all the speculation to everyone else — I don’t take too much to do with it. Until anything is concrete, it is pointless paying much attention to it. It is a confidence builder knowing that I am attracting a bit of interest from teams in that league because it is obviously a massive league. But, at the moment, I have a big job to do here and, with the squad we have assembled, it is going to be an exciting season.”

It seems inevitable the promising young talent will make a move in a year, but the question is will it be for the riches of England, or will he keep his head on the ground and opt for a switch to the SPL, and preferably Rangers?

With three goals already this season, he trails only Derek Lyle and Joe Cardle in the scoring stats, and would certainly be a useful addition to Rangers’ squad if he continues to develop at the Buddies the way he seems to be doing.