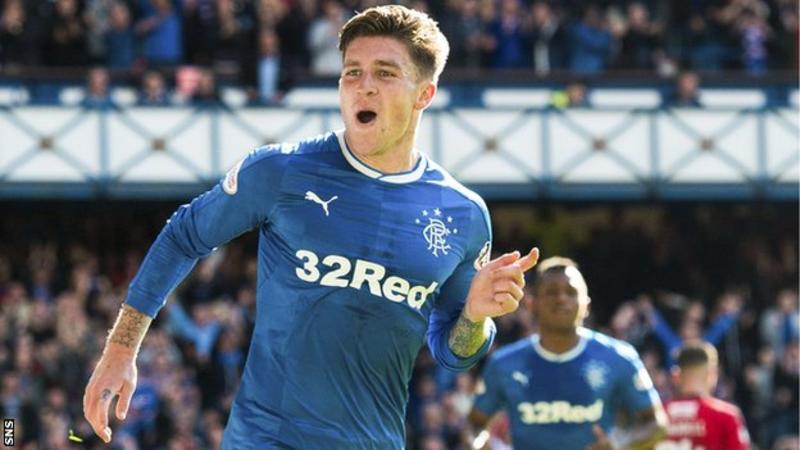 If Rangers fans seem to be running out of patience with Josh Windass, it is with good reason.

This 23-year old forward has occasionally flirted with some half decent performances; at the start of the season, he gave a good 25 minutes from kick off at Fir Park, then again in the cup match v Dunfermline.

Sadly that really is as good as it has got for Windass this season; despite his incredibly underwhelming (some might say ‘poor’) displays for the Light Blues, manager Pedro Caixinha has persisted with him – he was strangely heavily used by the-then new manager last season against all expectations, and has remained resilient, being selected more often than not.

But following yet another weak and unconvincing display in Firhill, fans have had absolutely enough of him.

The site receives frequent comments critical of his contribution, and it really is not hard to see why.

For all the promise he seems to have, he simply cannot deliver on any of it. The ultimate example of this failed potential was when given an essential open goal, Windass proceeded to miss. Unlike Candeias who did similar, Windass had produced little else to compensate for such an error.

Fans are basically out of patience with him – he has been at Ibrox since last July year, arriving on that infamous pre-contract with Matt Crooks. Yet for all those claims that injury was the problem and he just needed a sustained run – well he is certainly getting one and doing nothing with it.

Rangers do have an issue on the left wing – the options are Windass, Niko Kranjcar, Aaron Nemane, Declan John (if Hodson plays left back) and Dalcio. It is far from great, and Kranjcar is out injured as it stands.

If Windass is the best option, it only shows how poor the others are. Furthermore in light of Ross McCrorie’s inspired display last night, perhaps a risk on on-loan Nemane, himself also only 19, might be worth it.

What is for sure is Windass has surely used up all his chances at Ibrox. He has not done it for this club, and for many fans, this Warburton experiment is yet another failure.